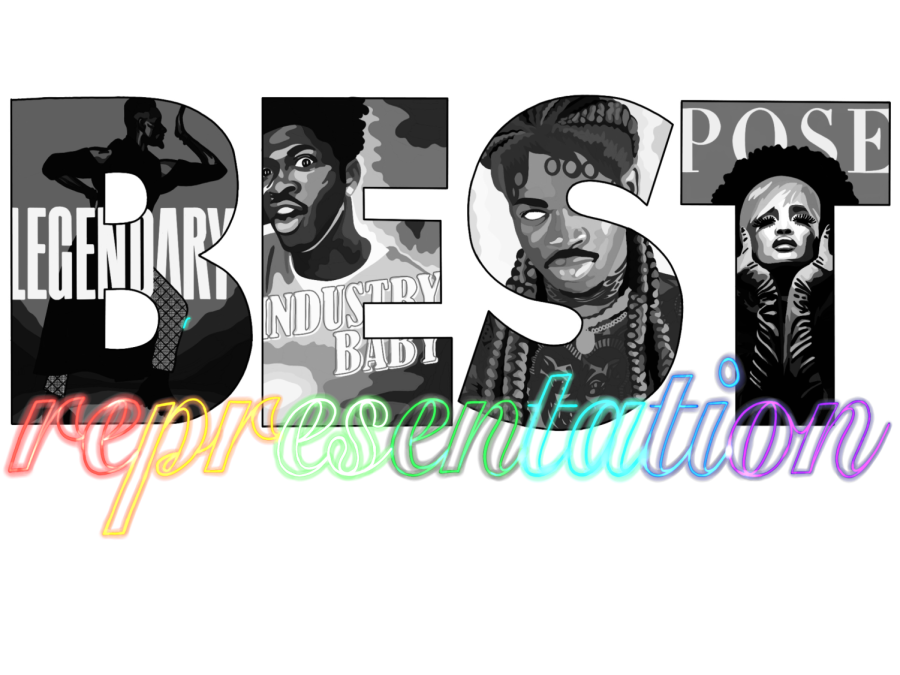 2021 initiated multiple changes in the industry with the birth of various television shows and music that better represented marginalized groups.

For marginalized groups, representation in the media has always been at the forefront for greater equality, in a sense. While depictions of trans individuals or POC are still flawed, there have been notable improvements, especially in the way in which the LGBTQ+ community has begun to depict more inclusive representations themselves. This is due to more trans people and LGBTQ+ people of color being at the center of their own stories.

2021 proved a remarkable year for this progress with new documentaries, TV shows and music that brought these stories to life. Here are some of these positive representations in 2021.

The long awaited third season of “Pose” on FX marked the end of this revolutionary series. “Pose” focused on a group of LGBTQ+ people, predominantly people of color involved in the New York Ball Scene in the late 1980s and 1990s.

It was the first TV show to star a cast of mainly trans women, with MJ Rodriguez taking the lead role as Blanca Evangelista. Season three covered the height of the HIV-AIDS epidemic. It also touched on other issues that continue to plague trans women such as the crackdown on sex workers. It featured many uplifting moments, from trans women getting married to heartful renditions of Diana Ross songs.

MJ Rodriguez as well as her co-star, Billy Porter, were recognized with Emmy nominations for their roles. Additionally, the show was given many accolades.

Since the season finale, the cast of “Pose” has been featured in upcoming movies and TV shows, and MJ Rodriguez has embarked on a singing career with her debut song, “Something to Say”, having been released.

Another revered example of representation in 2021 was rapper Lil Nas X’s album, “Montero”. Following the release of his cover of Ray Cyrus’ “Old Town Road”, Lil Nas X came out as gay. The first song to be released on the album was “Montero (Call Me By Your Name)”, which was an exclamation of embracing oneself. This song was praised for rejecting aspects of societal norms, like religion, that have kept many from doing so.

Following the release of this hit came “Industry Baby”, which covered the rapper’s rise to fame. Since the release of these two songs, the album has been released under the name, “Montero”, and has been hailed by critics.

Although it has not reached a height to the extent of “Pose” and “Montero ”, “Legendary” has nevertheless been praised as a monolith for representation amongst LGBTQ+ people and POC. It is a competitive reality show that brings Ball Culture to front and center, having contestants participate in categories like Femme Queen Vogue and Realness.

It stars high profile celebrities from these communities, such as Megan Thee Stallion and prominent figures in Ballroom like Leiomy Maldonado. “Legendary” airs on HBO Max and has gotten favorable reviews from critics, having been renewed for a third season.

Hopefully it can bring in other LGBTQ+ contestants, specifically trans femmes of color to partake in this competitive series.

Although the fight for representation of marginalized communities is still far off from being won, it is making progress. With “Pose” coming to an end, a new era of trans representation has been ushered in through projects like “Euphoria” and “Legendary”; with this in mind, 2022 will hopefully be another positive year for representation.