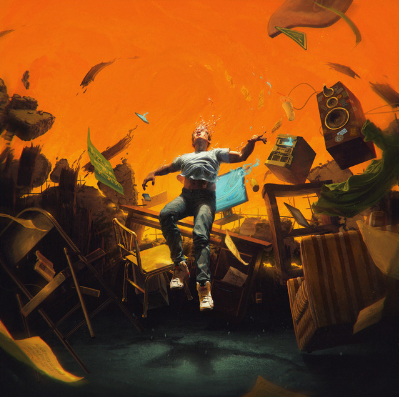 No Pressure by Logic.

Ever since the release of Under Pressure in 2014, Logic’s career had entered a downward spiral. His fifth studio album released in 2019, Confessions of a Dangerous Mind, was poorly received and Logic’s reputation took a devastating hit. In July 2020, Logic announced that he would be retiring after over half a decade of music, and he would be releasing his final studio album on July 24, 2020. No Pressure finally dropped, and a rush of nostalgia washed over long-time Logic fans. While Under Pressure was Logic’s first album where he talked about the beginnings of his career and his idols, No Pressure could be interpreted as the album’s sequel, where he talks about his success and his equals.