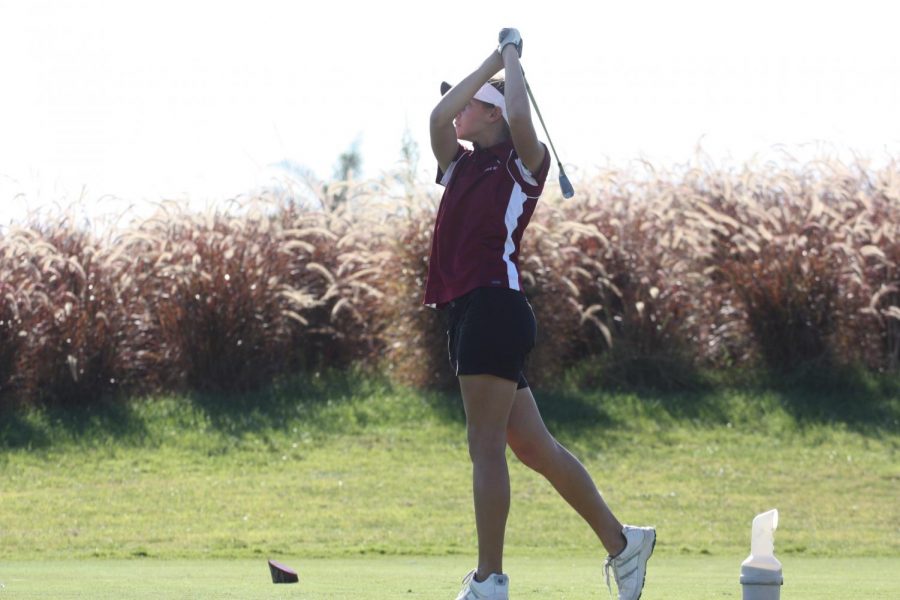 Sammy Fenton ’20, in her sophomore year, ready to take a shot

“Do not forget how to make that swing," said coach Wayne Powers. "Because people study their whole life to make a golf swing that's not even as good as yours.”

With Sammy Fenton’s ’20 fourth and final golf season at Foothill coming to an end, she proudly labels it as “one of the best experiences on a team that I have had.” Although golf is an individual sport, Fenton notes that “the team always seemed to mesh really well, and that made it a truly enjoyable experience.”

During Fenton’s freshman year at Foothill, she faced off against La Reina, the undefeated league champs from the previous year, and the Dragons won by only three strokes. The girls knew this would be a major turning point, as Fenton states that they “were undefeated in league for the next four years.”

Fenton believes that the team’s biggest accomplishment is their improvement since the beginning. “Every year we did better than the last. Not only did our scoring average go down every year, but we also went from 16th out of 19 teams in CIF my freshman year to 4th out of 19 teams this past season,” said Fenton.

In Fenton’s four years of golf at Foothill, the most important thing she has learned is the danger of dwelling on the past. Fenton notes that “just because you have one bad hole doesn’t mean that your round is suddenly over, you just have to try and forget about it and do the best that you can for the rest of the round.” Fenton views this as a life lesson and can utilize it in her future.