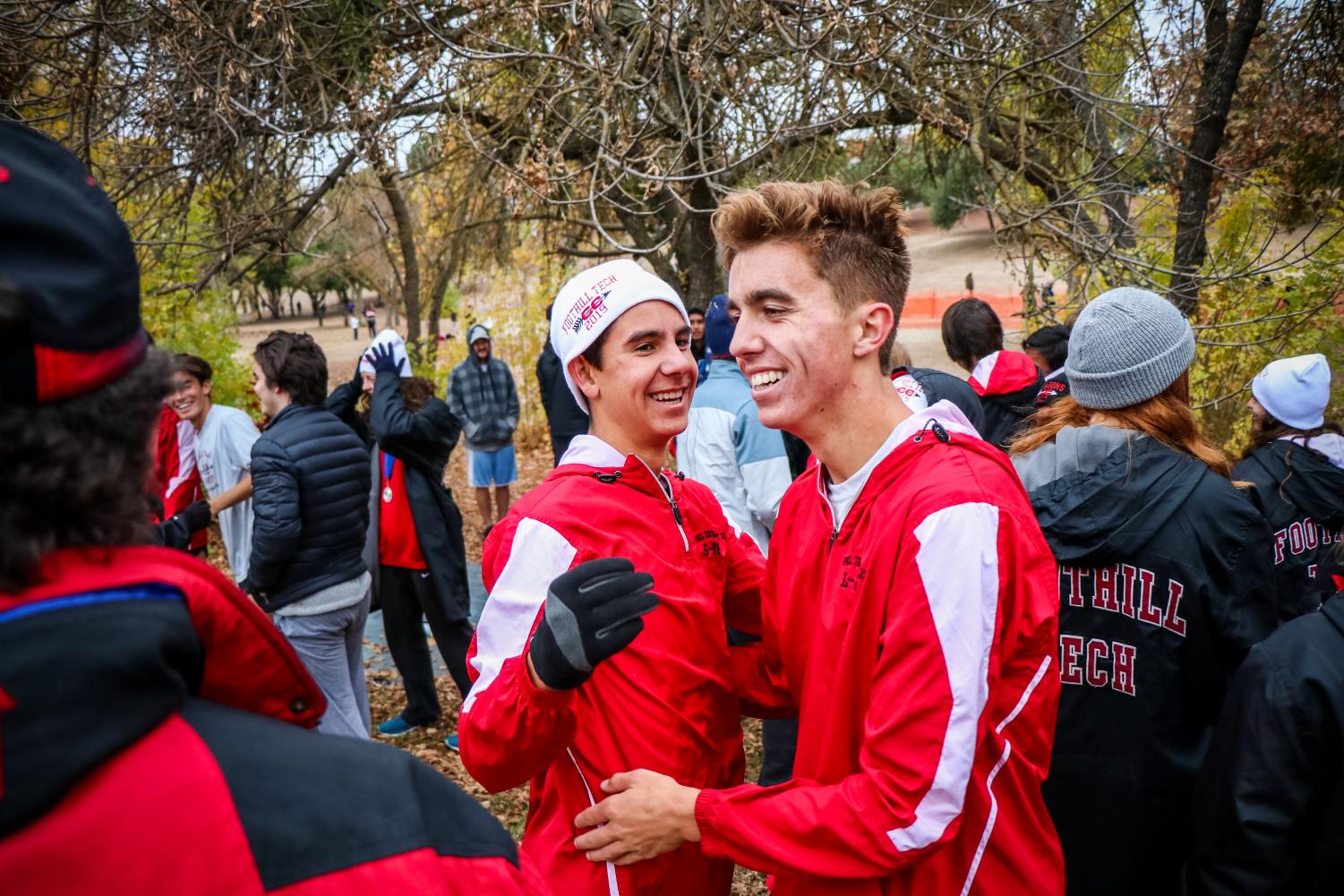 The boys’ team rejoices after a season’s worth of work coming to fruition. Credit: Cameron Crouch

The boys’ team rejoices after a season’s worth of work coming to fruition. Credit: Cameron Crouch

It was bitterly cold in Clovis, Calif. on Nov. 30, 2019, but the Foothill Tech cross country team had no problems keeping warm. As a matter of fact, the jumping, the hugging and the yelling after the CIF State Championship Race cut the chill quite well. Amid the excited cries of the team, the leaderboard was visible at the finish line, bearing the results of the race: Foothill Tech, first place.

A number of hours earlier, the team huddled together around their canopy, wearing parkas borrowed from the water polo team and matching white beanies to stave off the chill. Amongst a general fear of rain, there was a certain hum of intensity and anticipation for what was to come. Everything had lead up to this; the hard work, the sweat, the pain, the dedication. And it had paid off.

After coming off a strong weekend at CIF Finals, the boys’ team placed the fastest in Division IV for all of California.

In the girls’ race, Brooke Secreto ‘21 won first place in her race, earning her the title of fastest girl in Division IV.

The course was five kilometers, slightly longer than the typical three-mile course, yet dutiful training on longer distances and hill work throughout the season made it feel like no big deal. The adrenaline and intensity carried them across the finish line, cheered on by fans at multiple areas. 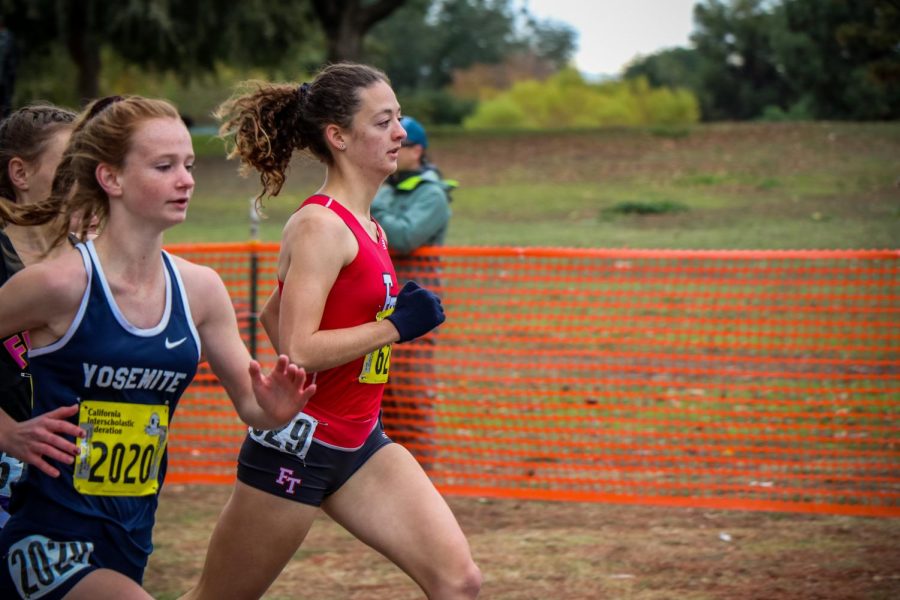 After a victorious return to school the following Monday, which included a lengthy mention of their success, the team was awarded no breaks, as practice resumed that day. This nonstop training is perhaps one of the primary factors that contribute to the team’s considerable winnings, and what they hope will ensure another great season next year.

Editors’ Note: The final team’s ranking of seventh place was corrected to eighth place on Dec. 23 at 9:13 p.m.