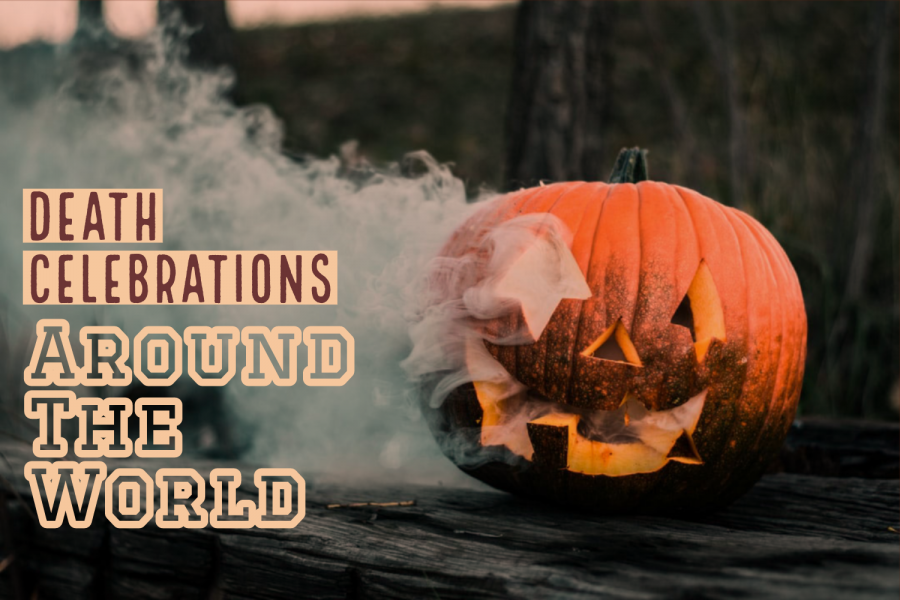 Although Halloween is what we think of during Oct. 31, different cultures around the world celebrate different things

Death celebrations around the world

From an ancient pagan holiday that birthed the modern Halloween to a festival honoring the fortune spirits inhabiting human skulls, death is a concept both feared and celebrated in human culture. Read on to take a trip around the world and see various traditions and beliefs regarding death take shape in different ways. 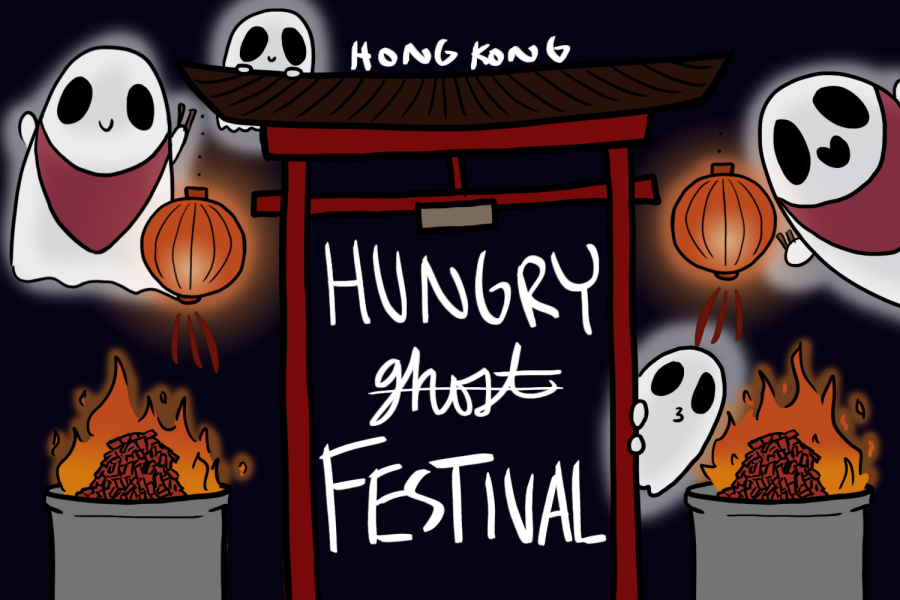 If you happen to be in Hong Kong during the seventh lunar month, chances are you’ll come across the Yu Lan Festival, also known as the Hungry Ghost Festival, a traditional Buddhist celebration that seeks to appease baleful spirits and welcome departed ancestors into the living world.

During the entirety of the seventh month of the lunar year, referred to as the “Ghost Month” in the lunar calendar, it is believed that the gates of hell open and restless spirits pour forth into the living world. Accompanying the eerie month is the Hungry Ghost Festival, which has been listed as part of China’s “intangible culture.” The haunted holiday has been facilitated by the Chiu Chow community in Hong Kong for more than 100 years, and although the festival only lasts for a night—the 15th night—the practices associated with the festival lasts for the entire month.

Individuals roaming evening streets of Hong Kong during the Ghost Month will be greeted with the smell of burning paper and the sight of celebrants tending roadside fires. The ghosts are believed to be desperately hungry after making the journey from hell to the world of the living, and burning paper offerings (“hell money,” paper sculptures), lighting candles and lanterns and of course, leaving food offerings will appease the ravenous spirits.

This is practiced throughout the month, in addition to a variety of customs that could bring luck, such as sprinkling salt in front of a home’s door or keeping the community well lit. Taboo activities said to bring misfortune such as swimming, getting married and disturbing spirit offerings are likewise avoided. The festival itself includes a variety of activities on the night of the 15th, Chinese operas being the highlight. The Hungry Ghost Festival is observed in many East Asian countries, but it’s in Hong Kong where the community comes alive for its inhabitants and visitors alike. 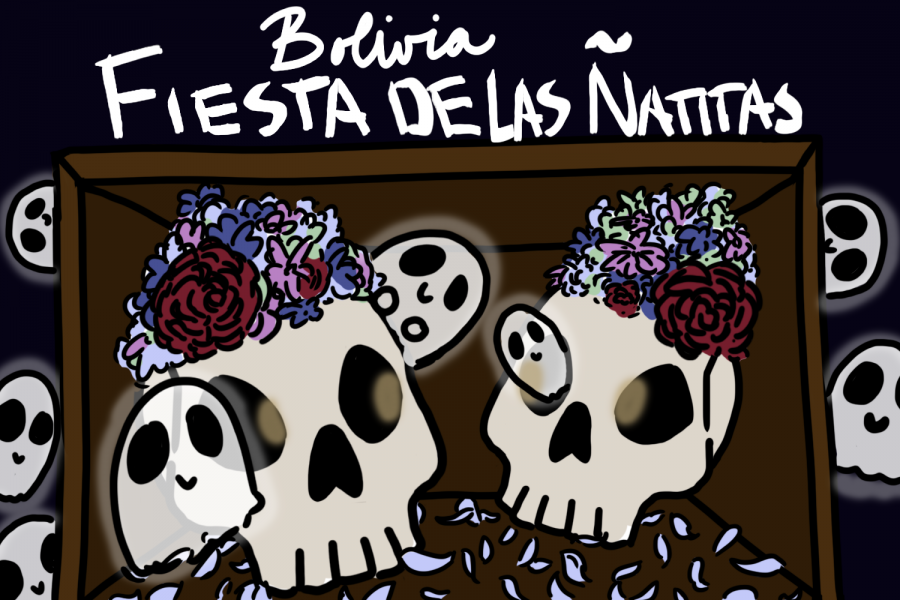 The week after All Saints Day and All Souls Day, certain Bolivian citizens retrieve their skulls from private shrines in preparation for the Fiesta de las Ñatitas, a Bolivian celebration honoring the aforementioned ñatitas, or “little pug-nosed ones.”

In other words, the Fiesta de las Ñatitas sees a portion of Bolivia’s population bring forth offerings and “their most cherished possessions”—AKA human skulls believed to share a spiritual bond with their living proprietors—to the local graveyard to celebrate and give gratitude to the spirits of the dead. The tradition originated from the indigenous people of the Bolivian region, the Aymarans, before becoming forced underground upon the arrival of the Spanish in the 16th century. Due to the broader acceptance of Aymaran culture, the practice has now resurfaced as recently as the 1970s.

The ñatitas, believed to bless those in possession of them, are said to be vessels for the soul of the skull’s “former living residents.” In Aymaran culture, skulls are linked to good fortune, fertility and security, and as such, ownership of ñatitas is encouraged through tradition. Possessing skulls that aren’t from family members isn’t uncommon, either. What’s most important is the relationship between the skull’s spirit and its living heritor, which can sometimes lead to skulls, whether they be family heirlooms, archaeological artifacts, medical school excess, etc., being swapped around. The Fiesta de las Ñatitas, not necessarily meant to be an event for outsiders, is a death celebration of great cultural importance to the Aymaran inhabitants of Bolivia. 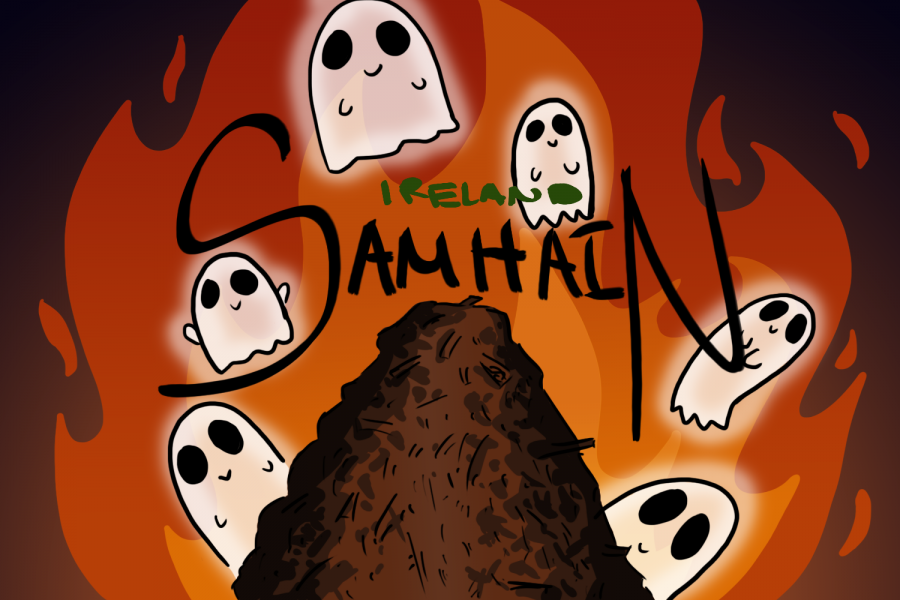 Although Halloween is widely celebrated in the U.S., Halloween, like most American traditions, originated elsewhere. Halloween has links to a variety of ancient festivals across many cultures, one of which is the ancient pagan holiday called Samhain. Celebrated by Celtics in Ireland and Scotland, Samhain created the basis for what is now known as Halloween when Irish immigrants moved to America in the 1800s.

Still celebrated today by the Irish, the Scottish and modern pagans and witches alike, Samhain signifies the end of the harvest season and the beginning of winter. Every evening of Oct. 31, it’s believed the division between the mortal realm and the realm of the dead will be at its weakest, and spirits will roam the world of the living—ergo, the tradition of burning massive bonfires, making turnip lanterns, leaving offerings to appease and/or ward off the dead. Additionally, children often went out with a disguise on the night of Samhain in an attempt to blend them in with the roaming spirits.

Perhaps the best representation of Samhain’s survival in modern times (and it’s fusion with Halloween) is the Samhain festivities in Derry, Ireland. Derry, a historic city, to begin with, has made its name as one of the best Halloween celebrations in the world, with a seven-day, city-wide celebration that honors the 400-year-old city walls that both make up and protect Derry. There are a tremendous amount of activities and events that engulf the city during this time of year, from a Halloween parade to historic haunted trails around Derry to “awaken the walls.”  With revelry fit for family outings, thrill-seekers and so much more, every year Samhain and Halloween in Derry attracts visitors from around the world.