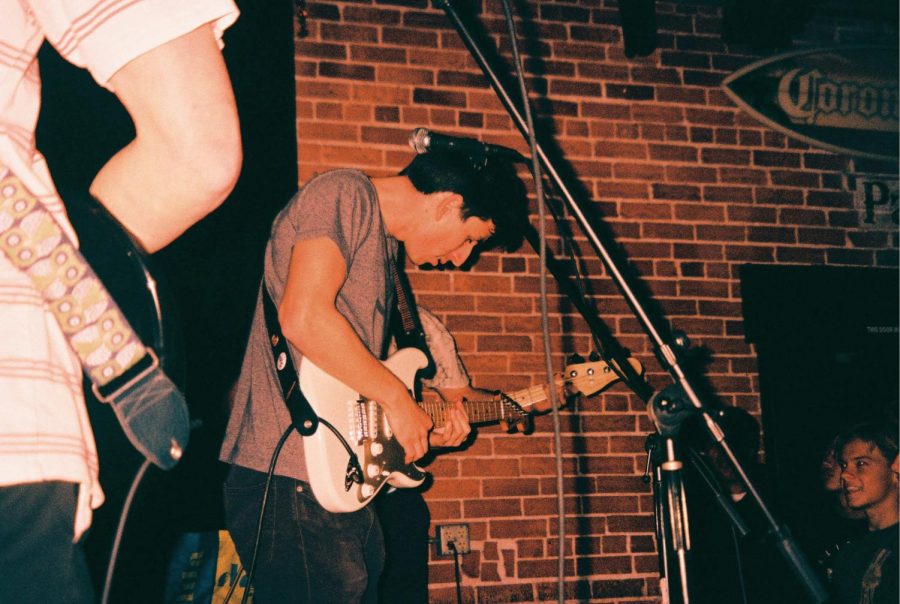 Cefalu said that when they write music together, “it’s a mix of all emotions.”

“It’s us, just hanging out, messing around.” Cefalu expanded. “So we’re sitting down, and it’ll be like a bedroom or anywhere, just writing and coming up with new ideas.”

Reynosa is the one who writes the lyrics and composes a story based around how the song feels or how the bandmates feel at the time.

According to Morris, some of the songs were written over a long period of time, while others were written while “jamming out” together.

When one of the guys comes up with an idea, he proposes it and then each member puts their own spin on the idea based on the instrument they play, creating an “interesting sound,” Morris said.

“We’re all into different music, but we all share kind of common ground when it comes to [that] we like the song to be catchy,” he continued. “We hope others like the songs and we hope that they stick in their minds.”

Morris believes that their creative process produces songs that are each written “very organically.”

“It was really cool to see ‘em come together ‘cause it’s something that I could’ve never expected to happen,” he said.

The majority of the band’s favorite song off of Allons’y is U.N.N. According to Boland, Cefalu and Morris, it is their favorite to play live, as it includes a lot of fun parts. Morris also really enjoys Sushi House. For Reynosa, his favorite has been 10:06 for a while.

“The minute this band stops playing that song, I’ll be pretty bummed,” Reynosa said with a laugh.

Embedded below is Allons’y. Released on Jan. 2 of this year, the band performed their debut album as they toured through Isla Vista, San Luis Obispo, Santa Barbara and Ventura. Although only released a month ago, their artist profile on Spotify has garnered roughly 2,536 monthly listeners.