Lionsgate looks to expand ‘The Hunger Games’ series with prequels 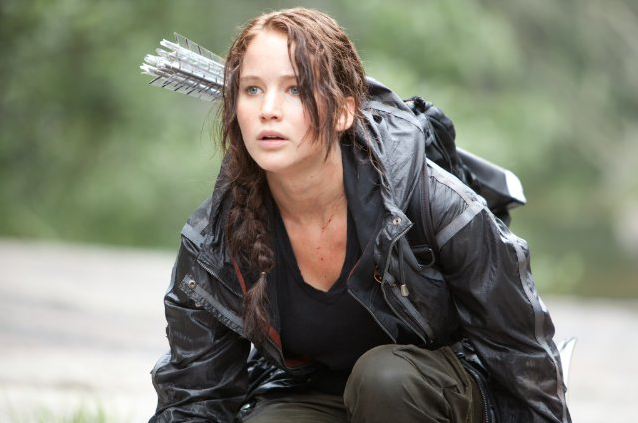 With the final installment of the original franchise, “The Hunger Games: Mockingjay- Part 2,” bringing in a worldwide gross of $528,700,000 in theaters since November 20, rumors have spread throughout the internet of the possibility of a prequel.

Though the author of the trilogy, Suzanne Collins, has not stated she would be writing a prequel, the vice chairman of Lionsgate said last Tuesday that the company is looking to expand the Hunger Games universe, according to Hollywood Reporter.

“The one thing that kids say they missed [in the previous two films] was there were no arenas,” said vice chairman Michael Burns. “If we went backwards, there obviously would be arenas.”

Burns also told Variety that “whatever extensions of ‘The Hunger Games’ brand [Lionsgate] pursue[s], the intent is not to glorify violence by arbitrarily telling arena stories, but to continue Suzanne Collins’s exploration of the concepts of just war theory.”

“The interesting part of the story for me is to go back 75 years earlier and see how everything became the way it is,” Director Lawrence (no relation to Jennifer Lawrence) said.

According to the director, “[they’ve] reached the end of Katniss’ story” after Mockingjay Part Two.

So, if Lionsgate wants to film prequels of the blockbuster series with more arenas, and without Katniss, what are the possibilities? Here are a few:

One possible theory for the prequel is establishing Haymitch’s background, who was Katniss and Peeta’s mentor in the 74th and 75th Hunger Games. Before he became a mentor, it was mentioned in the books that he was the victor of the Second Quarter Quell, the 50th Hunger Games. Haymitch’s story of his participation in the Games was not described in the books nor in the movies, which a lot of fans were curious about. One group of fans even created a short film of what they thought would have happened when Haymitch was in the arena.

Also, I'd love for them to do a prequel of Haymitch's Hunger Games. Second quarter quell, double the reapings should make for bloodshed

Another prequel opportunity could be the tale of District Four’s victor Finnick Odair, who is a fan favorite character in the series. Especially with his participation in Mockingjay Parts One and Two, more background would explain what his life was before and after winning his Hunger Games, and how the Capitol abused him. Since Burns said in the interview that the prequels would consist of more arenas, Finnick’s story of leaving his love Annie Cresta and the heart-breaking journey of winning at 14 years old would be an action-packed and emotional contender that would satisfy both critics and fans.

3. The world before the first “Hunger Games”

In the novels, the Hunger Games were a result of a failed rebellion caused by all districts against the Capitol, known as “The Dark Days,” which took place over 75 years before the first chapter of The Hunger Games trilogy began. Once the Capitol defeated the districts, they created the Hunger Games as a reminder of the bloodshed the districts caused. This would set up the entire world for all the Hunger Games installments and even open up doors for more. With this option, the producers could introduce and expand what the world was like before the Capitol took power and how it maintained it. The movie could consist of the horrific and bloody rebellion, the first Hunger Games ever and how the population of Panem reacted to it. This would create a much darker and gruesome prequel storyline that is necessary to build the plot of the original movies onto.

With many options for the ideal prequel, I believe the most intriguing and emotional would be the story of the Dark Days and how the introduction of the first Hunger Games affected the country Panem as a whole.

Until further information and confirmation is released, fans worldwide will continue to dream of the countless possibilities available to extend the globally successful franchise.

What do you think the best option for a prequel is?