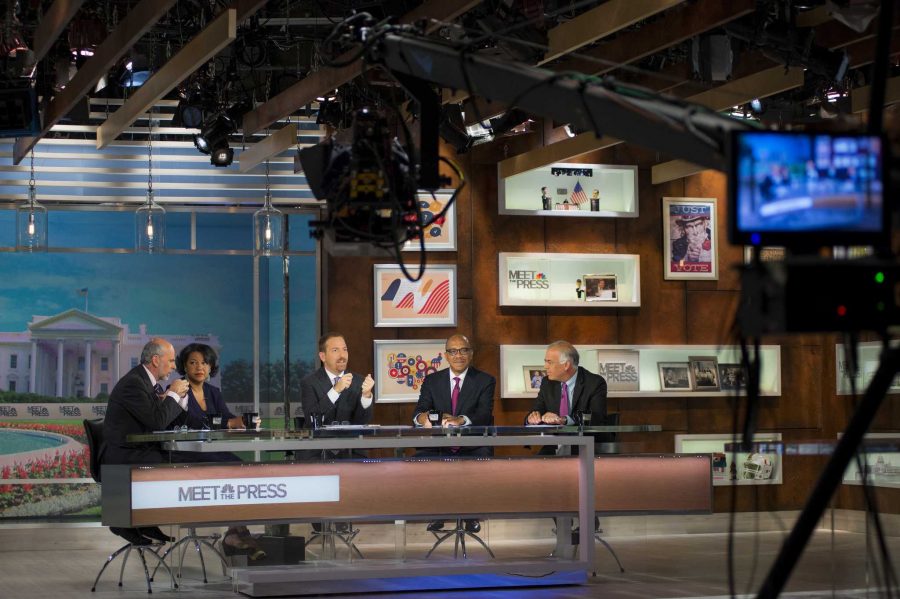 I’ve never liked areas of gray (or is it “grey”?). In all things, I search for clear cut answers, hard and fast lines, absolute truths, black or white.

With a mindset like that, you’d think I’d be better at math or science and would barely be able to stand the humanities. In journalism, my advisers have often had to remind me to let go of trying to find a perfect solution.

There is no flawless comment policy that everyone can agree on, no clearly defined rule about how to give credit for photos you’ve gotten permission to use, no law on whether or not we’re supposed to be using the Oxford comma, no exact way to go about managing people and a publication.

Trust me, I’ve tried to find as many rules as possible, but these types of things aren’t etched in stone (unless you count the AP Stylebook). We do the best we can with what we’ve got.

This past summer, my tendency to look for perfect answers to difficult and complex questions was tested and stretched to its limits. From June 20 to June 25, I spent a week in Washington, D.C. at the Al Neuharth Free Spirit and Journalism Conference, hosted by the Newseum and the Freedom Forum.

Created by Al Neuharth, the founder of USA Today, the Free Spirit program brings together one representative from each state, and Washington, D.C. The representatives hear from award-winning journalists, ask questions of speakers and of each other, and above all are inspired towards careers in journalism.

During the program, I participated in a mock trial in a D.C. courtroom where we debated over the First Amendment, toured USA Today, met Gwen Ifill and Judy Woodruff from PBS’s NewsHour, asked a question to some of the Freedom Riders and sang my heart out on a DJ’d dance cruise on the Potomac River.

Despite these big names and big moments, the memories that really stuck out to me from the program were the ones in which my preconceived notions about people and places were changed. Foothill is a fairly liberal place. Don’t get me wrong, I love Bernie Sanders and support all things left as much as the next liberal gal, but having mostly left friends meant I have had very few chances to debate over issues with people who hold views that are diametrically opposed to mine.

Sitting on the hotel carpet on one of our final nights, my fellow representatives and I hashed over our various views on abortion, gun control, the death penalty and LGBTQA+ rights. Hearing from so many people with different, yet still completely valid, views was new to me. Even though we couldn’t come to a solid answer on some topics, we all walked away a bit more empathetic and understanding of different views. Particularly strange to me was a conversation I had on the bus about religion with various representatives from Southern states. I’m atheist, bordering on agnostic, and was shocked to see how much religion on the West Coast differed from the South. I had a huge paradigm shift about the role that religion plays in people’s lives, even though it may play a very small role in mine.

Understandably, the conversation heated up when it came time to talk about journalism. In a lesson titled “Journalism Fundamentals: Ethics and Standards,” Barbara Pearson asked tough ethical questions and let a bunch of journalism nerds try to figure them out.

Is it ever okay to clean up quotes? What if it’s the president? What if it’s a man or woman on the street? Is it ever okay to treat their quotes differently, even though both might have said “gonna” instead of “going to”? What if the person doesn’t speak English well? Then what? Should journalists ever cheer at a sports game? What if it’s a huge upset that no one expected? Should we smile politely, clap politely or cheer outright? Are we supposed to show emotions at all while reporting? What about crying at a graduation ceremony or a funeral?

All these questions, and more. My favorite quote of the conference was from Massachusetts representative Nathaniel Bolter who, while explaining his viewpoint during one of the sessions, said that he was “conservative when it came to news, but liberal in life.” We all had lots to say about the true interpretation of journalism ethics and for many, viewpoints differed from the way they’d lean when it came to social or political issues.

The answers to these questions differed even more than they did when talking about abortion or the death penalty. It even got tense for a bit when students began debating online versus print (*cough* digital media all the way *cough*).

In all of these questions, though, I was coming to the same conclusion- there was no one answer, and maybe that was the point. I had been looking for one rule, one ethical standard, to apply to all situations. But journalism is far more complex than that: it involves people, interpretation, context, validity, fact and situation. Different reporters, both with decades of experience in journalism, can have opposing views to these questions.

The week-long ethical debates, however, became very real on June 21 during a live screening of “Meet The Press,” hosted by Chuck Todd, that the Free Spirits watched in the NBC studio.

On June 17, three days before the conference, Dylann Roof opened fire at Emanuel African Methodist Episcopal Church in Charleston, South Carolina, killing six women and three men. The United States, and the world, was in shock and mourned the lives lost in the racially-motivated terrorist attack.

During Todd’s June 21 show, he held an interview with the family of Reverend Daniel Simmons, Sr., who was killed in the attack.

In the same show, Todd also played a segment that he hoped would highlight a “different perspective” of gun violence. The segment showed men from the Sing Sing Correctional Facility in New York talking to the camera, and to their twelve-year-old selves. In the video, the men reflect on why they picked up a gun and the way in which they had ruined the lives of others.

Todd asked his viewers, after re-filming the introduction to the segment, to see the segment as a “colorblind issue.” All of the shooters in the video were African-American.

Jack Mirkinson of Salon, in his piece titled “The racist insanity of “Meet the Press”: How can Chuck Todd be so oblivious?” writes, “The video would have been questionable on any day—telling people to watch a video only focused on black men through a “colorblind” lens is almost too absurd to be real—but in the wake of the Charleston attack, its awfulness reached peaks of operatic intensity.”

Sitting in the studio watching the segment, I was automatically shocked. Seeing as white people (almost all being white men) have committed approximately 61 percent of mass shootings since 1982, showing a video depicting only black males talking about gun violence in the wake of the Charleston shooting was more than just statistically inaccurate – it was downright racist. Perpetuating the stereotype that African-American men are more violent than others was not only incredibly harmful, but also astoundingly insensitive as the country mourned the nine lives lost in the Charleston shooting.

During a Q&A session after the show, the Free Spirits asked Todd his reasoning behind showing the piece. He repeated a phrase that he later used online in his explanation, that Meet the Press “should make all viewers uncomfortable at some point or we are not doing our job.”

On the bus ride home, however, I was once again met with the fact that (you guessed it) not everyone had reached the same conclusions as me. I didn’t buy Todd’s explanation, and thought that blatant racism wasn’t justifiable under the pretenses of making viewers “uncomfortable.”

Some of my fellow Free Spirits, however, said that they didn’t notice that the men were all African American, that they found the video helpful in the overall context of the shooting and that they agreed with Todd’s decision to show the segment.

We talked over the nuances of the situation on the bus ride back to the Newseum and though I might not have agreed with everyone’s stances on Todd’s decision, we all agreed that watching the ensuing debate and controversy online of a segment we had watched live in the studio was completely surreal.

I came to the conclusion that Chuck Todd’s piece was, in fact, irresponsible journalism, but other journalists, Meet the Press viewers and Free Spirits alike might disagree with me. Viewers took to Twitter to share their opposing viewpoints, as well:

The gun violence video we aired on @meetthepress has upset some and I felt those comments deserved a response: http://t.co/T5hs8vKauO

@chucktodd @DoctorLeRoyH @soledadobrien No, you didn't get it wrong. But now you have let yourself be bullied by the politically correct.

From ethical discussions on current social issues to debates over journalism ethics, the Free Spirit conference has solidified one thing in my mind: the exact definition of ethical journalism might still be an area of gray, but I know enough about right and wrong, fair and unfair, ethical and unethical to begin my career as a reporter.

I’m fairly certain that I have enough of the basics down to get the important stories right the first time around. The fact that the questions might have difficult and complex answers is no excuse for me to give up on figuring out how to best answer them.

I am absolutely certain, however, that I will make lots of mistakes, and that my views on ethics will be in flux. After all, very few things are completely black or white.

Background Photo: The June 21 taping of Chuck Todd’s “Meet the Press.” Courtesy of the Newseum Institute.