The Foothill Dragon Press • May 28, 2013 • https://foothilldragonpress.org/4977/s12-alumni/dragon-talks-2013/dragon-talks-hayley-abourezk-pinkstone/ 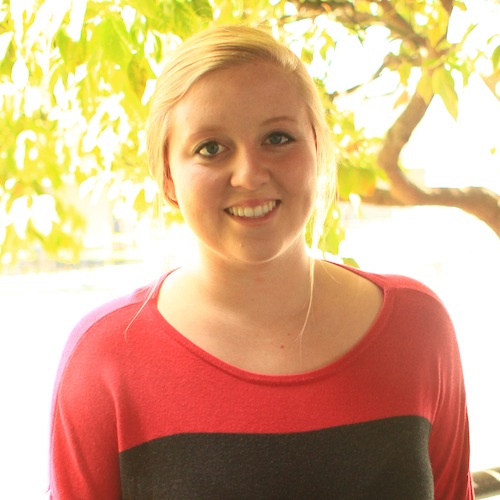 In her presentation, Hayley Abourezk-Pinkstone discusses the “Illusion of Choice,” exploring the different ways in which marketers and businesses use people’s mistakes and decisions to their advantage.

“This wasn’t something I was originally interested in. I was looking for a project topic and stumbled upon it,” she said.

Pinkstone watched other TED talks to get inspired for her project.

“I found some really interesting ones on choice and decision, so I went with it,” she said.

Through her research, Pinkstone discovered how truly manipulatable people are and how much marketers play into this when trying to sell things.

For example, Pinkstone learned that lottery marketers downplay the publicity of losing tickets to make people believe that they have a higher chance of winning and encourage them to keep buying more tickets.

“I had a lot of fun finding examples of things that are more likely than winning the lottery, such as receiving an Olympic gold medal, having identical quadruplets, and becoming the president of the United States,” she said.

Pinkstone has been working on her Dragon Talk for two months.

“After procrastinating like most seniors, I probably got started around mid-March developing and handing out surveys for my speech,” she said.

Pinkstone surveyed the students in her ASB class as well as other seniors to get a range of data that would accurately represent the school to use for her presentation.

“My speech basically revolves around psychology and behavioral economics. It was a very people-based topic,” she said.

Although Hayley enjoyed the simplicity of the Dragon Talk project, she feels that the old senior project, the Hero Project, was a more meaningful.

“Maybe one or two people will remember my speech, but I feel like I would have had a much more significant impact if I had done a community service project,” she said.