The Foothill Dragon Press • May 28, 2013 • https://foothilldragonpress.org/4967/s12-alumni/dragon-talks-2013/dragontalk-profiles-for-memo-mederos-and-andre-sehati/ 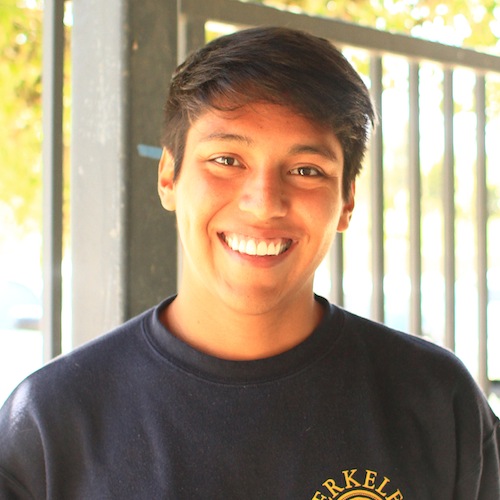 Senior Memo Mederos will be giving a Dragon Talk about “love confessions and how a lot of [teens], or people in general, aren’t in touch with with their feelings especially when they regard someone else.”

Mederos picked this topic because as a high school student, he often notices people who don’t initiate relationships when they have feelings for one of their classmates.

“I have friends who always say ‘I really like this person,’ but they never really do anything about it, and I find out that the other person really liked them back but none of them would say anything and they couldn’t take it one step further,” Mederos said. “And then they complain about being single.”

Memo believes that this happens to so many teens in high school because they aren’t in touch with their feelings. He said it is frustrating when two people who like each other do not get together when he can recall that several of his classmates started successful relationships with people who were “indifferent to them,” due to the fact that they “initiated it.”

For research, Mederos recalled his friends’ and peers’ experiences and also conducted surveys to some students. From the surveys, Mederos concluded his argument that most people are in relationships because they initiated it.

“A lot of people think that people don’t approach them because they are unattractive or something, but it’s really just that they don’t approach people,” Mederos said.

While doing several practice speeches, Mederos said he was surprised to see so many people find his Dragon Talk funny.

“Many were laughing and I didn’t know it was that funny,” Mederos said. “I guess [my speech] is almost like a romantic comedy.”

Mederos does not know yet whether his speech will appeal more to upperclassmen or lowerclassmen.

“The younger kids might listen to [my speech] and be like, ‘Whatever,’ but I think the older kids will consider it,” Mederos said. “Or it might be the other way around, I don’t know yet.”

Mederos is hopeful that it will teach his audiences to “be in touch with their emotions and not keep it bottled up inside.” He wants more people to be confident with expressing their feelings.