The Foothill Dragon Press • May 17, 2013 • https://foothilldragonpress.org/4920/news/stevens-hired-as-foothills-first-athletic-director/ 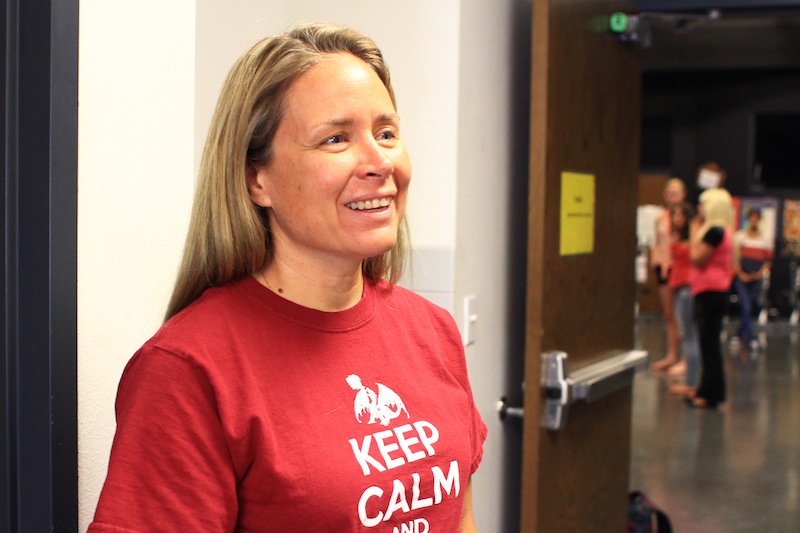 In the coming years, Foothill will be experiencing big changes in its physical education department, and P.E. teacher Emily Stevens has been chosen to lead the revolution. Administration announced Tuesday that Stevens has been hired as Foothill’s first athletic director.

Due to a unanimous decision by the Ventura Unified school district board last month, Foothill will introduce its own sports teams through a “phasing in” process that will begin in the 2014-15 school year.

“I wanted the position because I love athletics, and I think they are so important for students,” Stevens said. “Obviously academics are first, but they [athletics] help students connect to the school and they teach teamwork and discipline and responsibility.”

Before coming to Foothill, Stevens served as athletic director for two years at Santa Paula High School, where she also taught health, sports medicine and athletic training and where she coached basketball, softball and tennis. She received her her master’s degree at Cal Lutheran in Thousand Oaks and her bachelor’s degree from the University of Michigan, where she served as the women’s basketball team manager. She is an alum of The Thacher School in Ojai.

Stevens has been teaching dance and physical education at Foothill, as well as advising the YMCA P.E., Mavericks P.E., and Independent Study P.E. classes for eight years.

Stevens says that she hopes to build teams for the most popular sports such as basketball, volleyball, and swimming, however, her biggest concern for the change is the lack of facilities. She hopes that Foothill will be able to build its own gym.

“There is the district warehouse that I hope could be turned into a gym in a timely manner so that we could begin training our gym teams like basketball and volleyball,” Stevens said. “If not, Ventura College, Anacapa, and Buena are all right down the street.”

Although Stevens says she would like to hire professional coaches, she says that if it were possible to balance teaching and coaching, she would also like to have Foothill teachers coach.

“Staff members know the students, and they know the climate of the school, and I think they would carry that into their teams,” she said.

Stevens envisions that the future Foothill sports program will support academics and open doors for Foothill students.
“I see this as a way for students to be connected to Foothill and just another area for students to excel and represent Foothill,” she said.

Junior Maddy McCarthy took Stevens’ dance class when she was a freshman and sophomore and is now her Teacher’s Assistant. McCarthy feels that Stevens will be a great athletic director because she is committed to her students and practices what she preaches.

“She is very dedicated and is always either planning her lessons on her whiteboard or talking to her students or working out herself,” McCarthy said. “She will do the obstacle courses she sets up for her students with them and in dance, we do this metabolic training that is super intense and she would always do that too.”

Sophomore Shelley Liang says that she thinks Stevens deserves to be athletic director because she is efficient and attentive.

“She keeps track of everything and she really cares about her students,” Liang said.