The Foothill Dragon Press • May 14, 2013 • https://foothilldragonpress.org/4903/columns/faulty-high-school-dating-practices-and-what-were-all-thinking/ 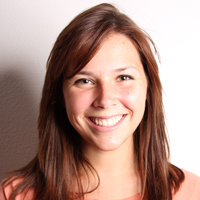 In the realm of high school relationships, there should be some clear dos and don’ts that go without saying, right? Well unfortunately, not everyone abides by these common rules of decency so without further ado, here are the two most obnoxious problems that need to be addressed.

You all know who I’m talking about: that couple that as soon as they start dating, retreat mentally and/or physically from their friends and enter into a universe completely apart from everyone else. The friends feel jilted and are hurt, especially as often times they’ve known/ been close with one or both members of the couple longer than each significant other has.

It’s understandable to want to spend time with such a big part of your life, but they shouldn’t become your entire life- you still need your friends, and they need you. On top of this, becoming so emotionally invested in that one person isn’t just selfish; it’s unhealthy for either partner. One or the other will probably end up feeling scared and trapped when the initial bliss (sometimes called the “honeymoon period”) of the relationship is over, and those feelings are never welcome in any relationship. {sidebar id=65}

Finally, if and when the relationship finally does come to an end (hopefully on the best terms it could end on, of course) even what could have been your best of friends will often be resentful and hesitant to “take you back”- after all, you did kind of leave them in the dust, and with friendship wounds still fresh, not everyone is going to quite see you as lovingly as the Prodigal Friend.

In the new, exciting universe of a fresh relationship, special breeds of couples will discover (or rediscover) their primal instincts, often earning them nicknames that their classmates will start to identify them with, such as the following found here at Foothill: Leech Couple, Siamese Twin Couple, and my personal long-running favorite, Neck-Licking Couple, who consequently have evolved into Awkward Couple. Sadly, it’s not difficult to imagine how these names were given.

These couples are unsurprisingly almost always experts in higher levels of PDA, and while it is normally commendable to decide not to care what other people think and do what makes you happy in high school, this is not exactly one of those times. Experimenting and discovering yourselves is all fine and dandy, but that’s personal, so please don’t do it in the quad, in the halls, or even in the pods. It’s really just rude. Hugs and quick kisses are one thing, but if we can see either or both of your tongues there is something wrong.

Now, not all of these couples partake in such activities in public, but it’s not uncommon for pairs to walk together, arms wrapped around each other. And when I say “arms wrapped around each other,” I don’t mean arm-in-arm or hand-in-hand, I do quite literally mean arms firmly secured around the other’s mid-section: i.e. boy holds arm around girl’s waist as they journey across the quad or through the mall, appearing to completely support his wilting flower’s weight. That would be nice and chivalrous if she were the dying goat you drag her around as if she were, or if she at least had a sprained ankle, but during the rare moments you two aren’t together she does seem perfectly able to walk on her own, and as that’s the case we’d all greatly appreciate it if you allowed her to do so. It’s not just the gross factor this time, either; slow moving human clumps make getting from point A to point B for the rest of us twice as difficult.

So there you go, folks. Two highly underrated segments of the common adolescent romantic relationship that, if dealt with, could greatly diminish the nausea-inducing status of high school campuses and hang-outs everywhere. See you next week.