The Foothill Dragon Press • May 16, 2013 • https://foothilldragonpress.org/4720/opinion/c97-bp/abortionmurdering-the-morals-of-the-american-public-2/

Abortion: Murdering the morals of the American public 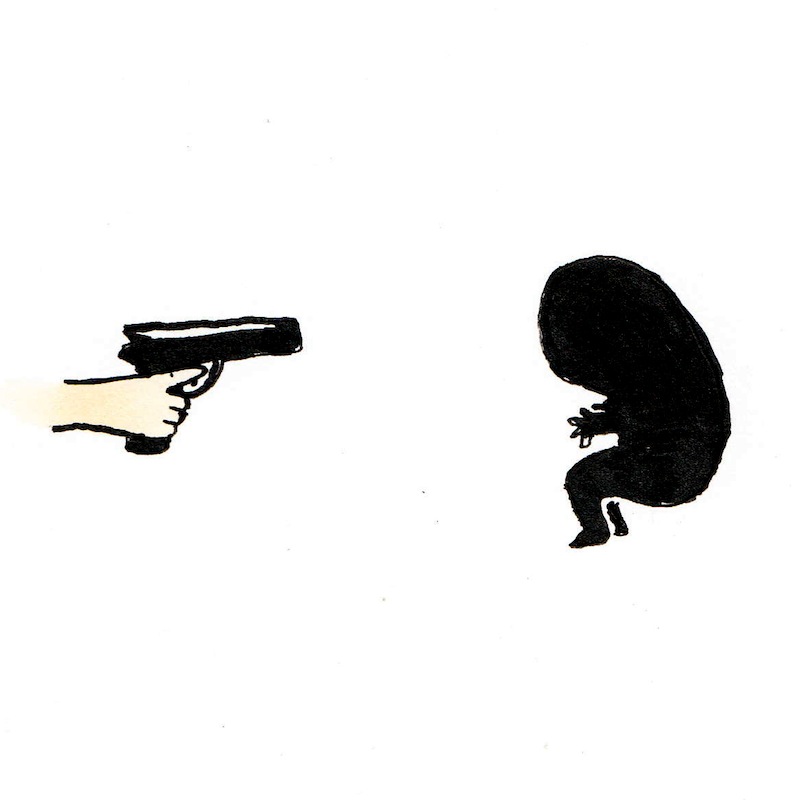 Why do you care that this pregnant woman was killed? What makes her death so much more painful than the woman who was not pregnant? It was the fact that the woman was with child.

I’m a male. I don’t get pregnant. I have no conceivable idea what being pregnant is like, what stress comes with that, or what child birth is like, or what having to raise a child by myself is like. I have no idea what women go through in order to give birth.

But here is one thing I do understand: if a woman is pregnant, she is morally responsible for that child, because she has taken part in conceiving it, and is sustaining its life. It doesn’t matter if that kid was a “mistake.” It doesn’t matter if the kid was an “accident.” The woman has conceived and is sustaining life for a human. I’m not arguing the fact that life begins at conception. It does. All this debate on whether or not embryos are technically life is absurd. The argument that a baby is not technically alive during its premature stages is absurd, and inhuman. Once a baby is conceived, that is life. There is a human developing in the womb.

There are cases like rape that make abortion is acceptable in the eyes of society, but that doesn’t make it right. It may be allowed, due to such horrific and terrifying circumstances, but that woman, who chooses abortion is still killing a child, no matter what stage of gestation it’s in, and no matter how it was conceived.

If I told you that the pregnant woman died in the car crash right after she found out she was pregnant, does the baby die with her? It astounds, it shocks, and it sends earth shattering chills through my body to know that there are people who would make the choice to kill their children, so that they themselves can have an easier life, or because it was their choice. In fact, most women who do take this choice often end up with nightmares, and unbearable guilt.

Yes, abortion is killing. It takes the life out of a child, does it not? In its most literal sense, the concept of abortion doesn’t allow the child to live. This makes me fear for us, our country, and our humanity. I would have called abortion murder, but murder is the act of killing without the consent of the law of the United States. Women today are permitted by the United States to purposefully kill their babies, just as long as they haven’t exited the womb, because in the eyes of modern society, that’s ok.

This matter doesn’t pertain to science or religion. It pertains to us. It shows what we stand for as a nation, as a culture, as a people. Abortion, which is the killing of an innocent child, is disgusting, it’s wrong, and it scares me to know that as a nation, we financially support it.