Drug-sniffing dogs a blessing for securing our schools 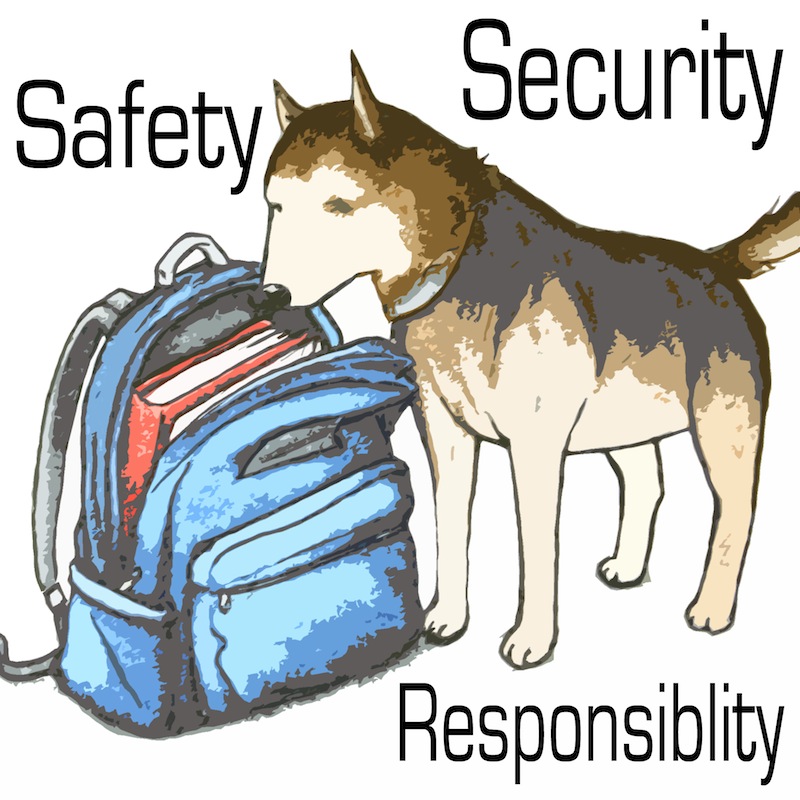 As the war on drugs rages on at home and abroad, local law enforcement steps up their efforts in an attempt to cripple the use and possession of drugs on school campuses.

Although our school is one of academic prestige, we are nonetheless susceptible to these types of miniature raids. As a matter of fact, Foothill bore witness to law enforcement efforts after drug-sniffing dogs came on campus last week in an attempt to locate and confiscate drugs. From the six classes searched, no drugs were unearthed.

However, although no meth labs were discovered and no bricks of cocaine were stumbled upon, the use of drug-sniffing dogs has raised an important question: are these canines infringing on the civil liberties and privacy of students?

For individuals who detest government surveillance and intervention in their lives, drug-sniffing dogs are an infringement on their rights. Furthermore, allowing the police and others to search them without consent is, for these people, unconstitutional and disrespectful to say the least.

However, I beg to differ.

In a world that constantly becomes more influenced by evils such as drugs, we cannot afford to let these products go untouched. More than 60 percent of teenagers said that drugs were sold, used, or kept at their school. By the 8th grade, 15 percent of students have used marijuana, and as of last year 6.5 percent of high school students report to do drugs on a daily basis (up from 5.1 percent five years ago).

With statistics such as these, are we honestly going to stand by and see drugs engulf our school? No. In our ever evolving world, we cannot afford to continue employing old world tactics in order to combat narcotics and all of the negative consequences that come attached to them.

Students do not have an expectation to keep contraband private, especially when setting foot on school grounds. Upon entering government property, students must understand that they are under the care of the school and as such they are susceptible to school board actions such as drug-sniffing dogs.

Now I am not saying that you forfeit your rights when coming on campus. Neither am I saying that a student’s civil liberties are solely in the hands of school faculty. But what I am saying is that school officials have an obligation to secure our well-being and that of others. The same way the Secret Service takes precautions to ensure that people entering the White House do not harm the president; law enforcement and school officials must work together in order to follow the steps needed to guarantee that students pursue their education in an area with no illegal substances.

We have a responsibility to keep our schools free from narcotics. Foothill is meant to be a place of learning, an institution free from toxins that jeopardize a student’s academic growth and future.

As a school we are focusing too much on the issue of privacy. We are infuriated at the rare use of these dogs, yet we forget that every day we go to school we are constantly under the watch of faculty members and video cameras. Where is the logic in that?

All the more, we are forgetting about the evils that attach themselves with narcotics. We forget that overdosage accounts for 100 deaths in the United States on a daily basis. We also forget that narcotics disrupt a student’s educational career and have the potential of ruining their life beyond high school.

It is my fervent belief that drug-sniffing dogs are necessary to rid our campus from narcotics. Their continued use is essential to the safety and security of our school, as well as those of our fellow students. However, it must be known that as time goes on, drug-sniffing dogs will become irrelevant in the search for drugs and schools must begin employing new methods in order to find hidden contraband.