Parents to blame for corrupting youth with violent video games 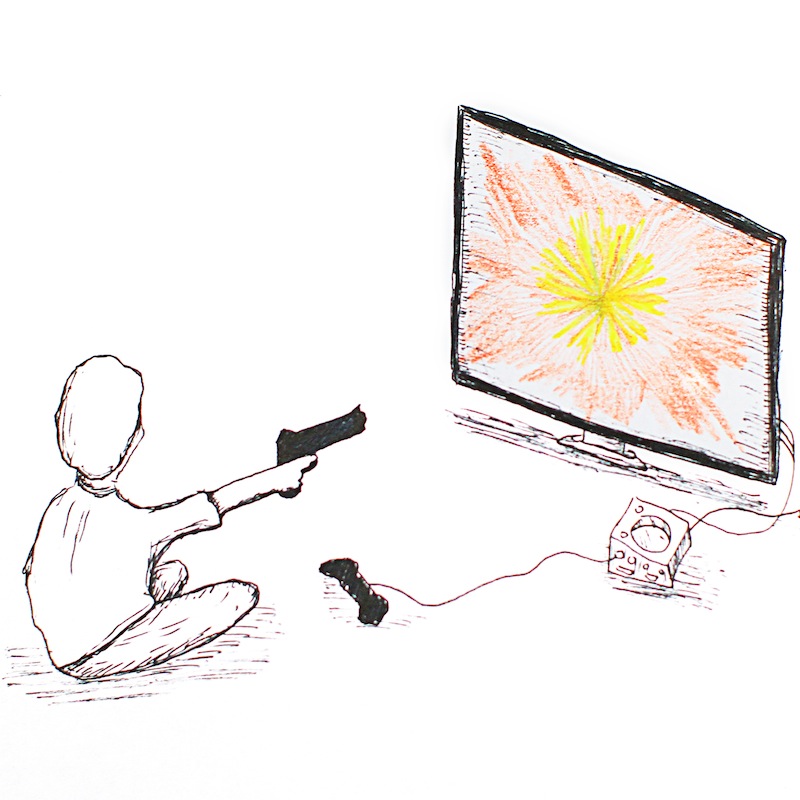 As a kid, I played video games too much. I admit it. I played Madden National Football League games and Major League Baseball games consistently. I never played games with guns or anything like that. That is, until I entered high school.

Over the past few weeks, however, I have been hearing a lot about the horrors of the video game culture and the negative effects it has on the mental state of the young.

I hear of people talking about how violent video games should be against the law and how under a certain age people should be restricted from accessing them. Particularly, I have been hearing this from out-of-touch parents who blame major corporations for the desensitizing of a generation. Almost every day, whether it’s on the news, at school, or at home, I cannot escape the “ban violent video games” rant.

E: The letter E indicates that the video game is appropriate for all ages. Games that would fall under this category would be “Mario Brothers” or sports games.

E+10: This rating indicates that the game is suitable for all ages 10 and above. Games that would fall under this category would be racing type games that involve somewhat destructive crash scenes, or an extreme sports game, like snowboarding or skateboarding.

T: This rating indicates that the game is suitable for teens, like myself. The games that would fall under this category are violent racing games that promote destructiveness and abuse of the law, where cars or humans destroy public and private property for a variety of reasons.

M: This rating indicates that the game is suitable only for those above 21, and require ID before any purchase of any game rated M. These games often have a consistent amounts of drugs, violence, sex, and alcohol. Games under this category are often the most played games, such as “Call of Duty,” “Need for Speed,” “Assassin’s Creed,” and “Skyrim.”

So now that you know how games are rated and why, I must ask who is to blame for children playing the violent, M-rated games? In my eyes, it’s the parents of the kids who play the games.

After all, the kids have to get their parents to show their ID to a store employee before it’s purchased. The game has to go through the parent, and if the game isn’t appropriate for a child, and the parent purchases it anyway, then it is most definitely the parent’s fault for giving their child the game.

Games of a ridiculously violent nature weren’t produced for middle schoolers and below. These games were developed for mature individuals who can handle and vaguely understand the violence, people old enough to comprehend that it is indeed a game, not real life. Laws are in place to prevent children from buying extremely perverted games without a responsible adult’s authority. The corporations make sure to make it known that these games aren’t appropriate for children.

I can’t find anyone else to blame for the perversion of generations through violent games other than the children’s parents. The kids play the games in their houses, and on the parents’ televisions.

Stop blaming video game developers and adults who play video games for the perversion of children who play the games. When the whole process of purchasing a game and playing it has to go through the parent, and the whole system of rating has been set up so that the parent can know when a game is inappropriate, then the blame undoubtedly goes to the parents.