Affirmative action is a slap in the face to minorities 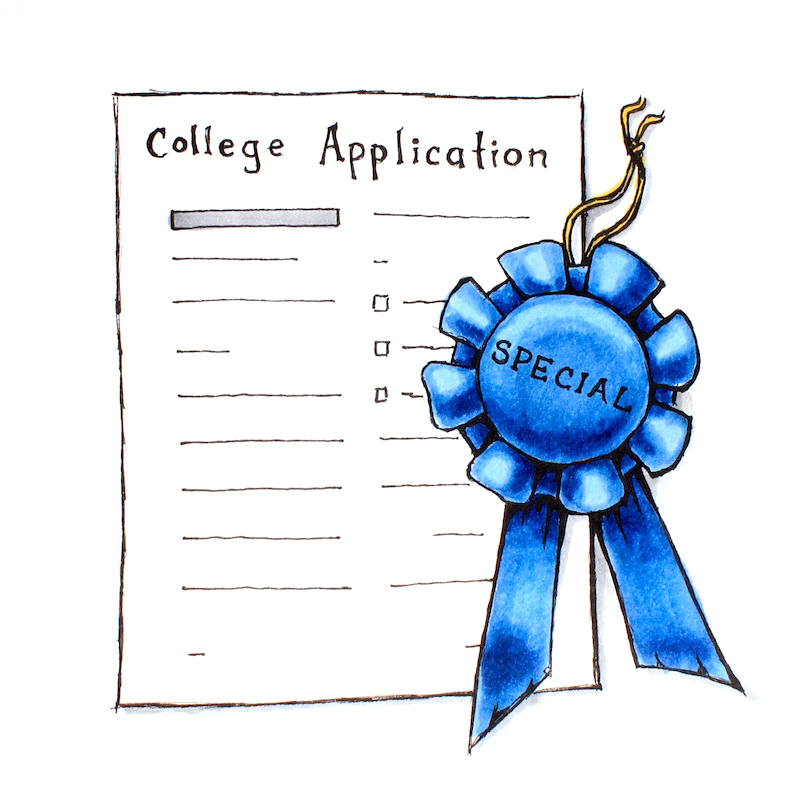 Growing up, I had no idea what a “minority” was. Nor did I have any notion of the benefits that accompanied my skin tone in the college admissions process. And since I was not constantly paying attention to my appearance, the difference in my skin tone from other children never occupied my mind for more than three seconds.

It was not until the eighth grade — in my AVID class to be precise — that I came to know about affirmative action and how it boosted my admissions chances at most private and state-owned universities.

Naturally, I was excited about this program. What boy doesn’t dream of attending a prestigious university? However, as I grew older and came to know more over affirmative action, I began to see it for what it truly is: a slap in the face to minorities.

It makes society look at us in a lower regard because it gives us a special advantage for no reason other than not being white. It gives minorities the ability to attend and work at elite institutions even though they may not be prepared, which partly contributes to high drop out rates in the future. On the whole, it largely overlooks those who are skilled enough to fulfill a post but do not meet the racial requirement.

Of course, there is no disputing the fact that affirmative action has enabled brilliant individuals to reach their utmost potential. Without going too far we can see how Supreme Court justice Sonia Sotomayor and president Barack Obama were given the tools necessary to do good in the world through this minority assisting program.

Affirmative action was created in the 1960s with the intent of aiding minorities in their journey through college, leading up to employment at government and private agencies. This can be understood since segregation had barely been abolished and intelligent, well-skilled minorities had little opportunity to pursue a higher level of education. However, over the course of fifty years, our country and society has evolved.

In this day and age, schools (especially private institutions) now want to build student bodies with individuals from all walks of like. They pride themselves in having a diverse scholastic community that will broaden their attendants’ horizons and give them a new outlook on life. While all of this is great, their desire for diversity at times impairs a schoo’ls vision when considering undergraduate and graduate admissions. Students who do have the aptitude, skill, and ability are often thrown into the acceptance pile in the name of diversity.

We no longer need the assistance of affirmative action. While the evils of racism and prejudice have not yet eradicated themselves from our homeland, our society on the whole has made strides to become more accepting. For those who support affirmative action on the basis that it is essential to ending racism, my question is this: How are we to become less racially conscious by becoming more racially conscious?

Supreme Court justice Clarence Thomas, the second African American to serve on the Court, constantly refers to his Yale University law degree as a “fifteen-cent degree.” He keeps the degree in a frame with the price sticker still attached to constantly remind himself of its worth. He understands that he was accepted to Yale University largely because he is an African American, and not necessarily because he’s a brilliant scholar.

As I begin to receive college acceptance letters, I think about what Clarence Thomas said about his law degree. Is my acceptance letter a fifteen-cent letter? Is my admission solely based on the premise that I am a first-generation Hispanic or on the basis that I am actually capable of the work load their university offers?

All of my life, I have worked three times as hard in order to be considered at the same level as someone who is not a minority. And even though I try to go above and beyond at school and in the community, that hard work that I do loses its value because of affirmative action.

Like I said before, affirmative action is a slap in the face to minorities. What it does is tell individuals such as myself that the origin of my race outranks my aptitude and skill. It tells me that I need the help of the government in order to succeed in life, whether it be in my education or in my career. It makes me second guess myself and makes me feel like a second-class citizen. What it ultimately does is make others look at the fruits of my labor and judge my success on my skin color, rather than my hard work and ambition.

It is time for us to rid ourselves of these crippling shackles and begin moving our society in the direction of opportunity, where people are judged on the basis of their hard work and determination, not their race, ethnicity or gender.