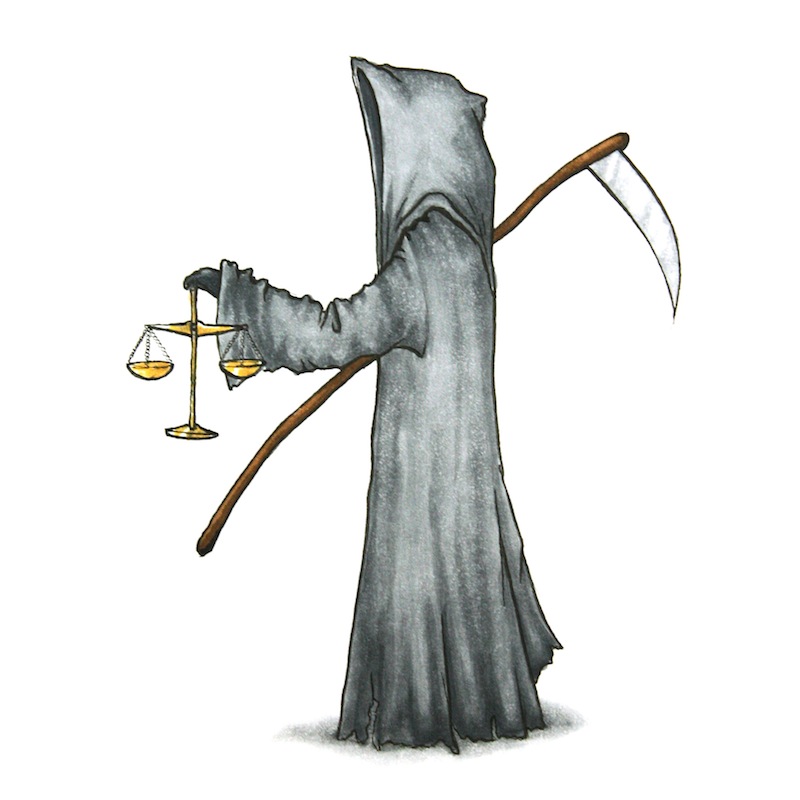 I’ll give you a scenario: an armed man walks into a movie theatre in Aurora, Colorado, where he shoots over 40 people, killing at least 15 of them.

I’ll give you another: a man kills over 6 million men, women, and children.

I’ll give you another: a man armed man walks onto Virginia Tech’s campus and shoots 30 people.

What do all of these men have in common? In my eyes, they deserve to die. These men deserve the death penalty.

This isn’t hypocritical. No. Killing someone for murder isn’t revenge. It is justice. It is punishment.

I’ll give you another scenario: an armed man walks in and kills your whole family, and somehow, he finds it in his heart to ask you for forgiveness, and you find it in your heart to forgive him. Does this change the actions he committed? No. Does this change what his punishment should be? No. He has taken the life of innocent human beings and should suffer the consequences for it.

At first, when I decided to write about the death penalty, I thought the answer was obvious. I thought, “No! Of course it’s not moral. Why would we kill those who have killed?”

Then it occurred to me: maybe it was because I was in denial. Maybe I wanted those murderers to not have committed the crimes they did, so I gave them some false sense of innocence.

I wanted so badly for those kids, and for those moms, and those dads, and those sisters and brothers and grandmas and grandpas and uncles and aunts and friends to be alive, that I considered their deaths to be like a dream. My subconscious wanted the murderer to be released because his atrocities were like a nightmare that wasn’t real. I wanted to wake up from the nightmare by sparing a life that number one, doesn’t deserve to be spared, and number two, by simply sparing a life.

So, should you support the death penalty? It’s a heavy subject. Are you becoming the villain? Are you doing what is necessary? Are we going to keep letting all the bad guys know that they can get away with their murderous rampages? Are we going to letting them know that they are only going to be sentenced to a life in prison, while their victims are left with no life at all? If a man kills 15 people, he cannot serve 15 life sentences.

It’s not like the people on death row are happy-go-lucky people who messed up a couple times and are down on their luck. These people are evil.

Robert Gleason, a man who was executed in the state of Virginia on January 16, 2013, admitted that he killed several people during his terrible life. Carl Blue was executed on February 21, 2013. He poured gasoline on his girlfriend, and ignited it with flame. Andrew Cook was executed on the same day as Blue, for, according to police, randomly shooting two people he didn’t even know.

Does the death penalty have its flaws? Yes, of course. It takes too long for all the procedures and appeals to take place. According to a study done by Stanford University, it costs the state much more to execute an individual, rather than to keep him in a jail cell for life.

But people like Robert Gleason, and Carl Blue can apologize all they want, and they can be forgiven as much as people are willing. But they cannot be excused from their punishment. The death penalty is justice for those who have killed. However, most of all, the most important reason for the death penalty is that it stops those who kill from killing again.