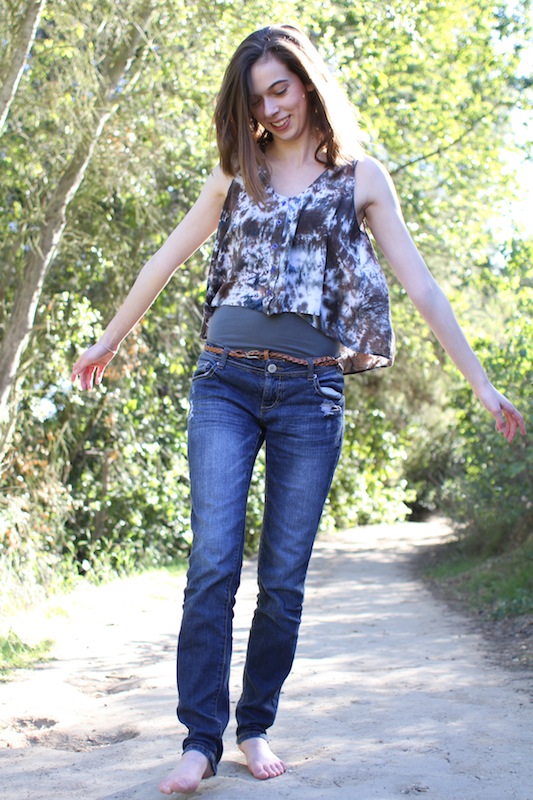 Emilia Covault has been suffering from depression since she was eight years old.

Covault, now a senior, said her illness became particularly worse during her junior year due to the onslaught of academic stress.

“I got tired a lot; I slept a lot,” she said. “And I know this sounds weird, but I could feel pain in my heart. Sometimes people who are depressed will turn it into a physical pain so it’s easier to locate.”

Covault said she felt tired and listless as she suffered from the lowest point in her depression.

Sophomore Sarah Barunda’s depression stemmed from problems with family life and bullying from since she was four years old. She also suffered symptoms similar to Covault’s.

“Emotionally, I felt like I was dead inside,” Barunda said. “I started having suicidal thoughts in fifth grade. I felt like I wasn’t all there. I felt so tired all the time; I was really quiet because I was so tired. I’d lose focus a lot.”
Depression in teens hard to diagnose, often overlooked
Oftentimes, people think that adolescent depression is just a phase, so teens who suffer from it avoid getting help because they do not take their depression seriously. But there is a difference between phases and depression.

“You can have a bad day, a bad week, or a bad month, ” said counselor Steven Boyd. “But when you have a bad three months, it’s more of a long-term issue. If you can point to something that [caused it], then it’s a different story. But if not, then it’s a long-term problem.”

It is especially challenging to diagnose for teens, whose moods and behavior often alternates between ups and downs. However, it is clear that if feelings of sadness or loneliness persist for no specific reason, the teen should look for help.

Depression can affect any teen, regardless of gender, race or social background. However, there is a common misconception that girls are affected by the mental illness more than boys.

Studies have shown that depression is just as common in boys as girls, but many boys are pressured by cultural values to not express these emotions. Also, boys sometimes do not even acknowledge their depression, a denial less common in females.

“My parent’s divorce [was one cause]. Well, they didn’t officially get a divorce, my dad was cheating on my mom with her best friend in 2008,” Barunda said. “Also, I’ve been bullied since I was four, so that’s eleven years of bullying.”

Other lifestyle causes are lack of sleep or poor diets. Depression can also be caused by environment. For example, if a teen comes from a family where one or both of their parents suffer from depression, they may be affected by those feelings even if they do not carry the genes that make one more vulnerable to depression.

Those who carry genes that cause depression, however, are more susceptible to the illness. Studies have shown that children with depressed relatives can become depressed even before they reach adolescence and deal with worse conditions when they become teenagers.

“My depression is genetic. I’ve had chronic depression run in my family, so I’ve been depressed for a long time, since I was eight,” said Covault.
Barunda, Covault on path to recovery
If left untreated, depression can spiral into worse conditions and can lead to other mental disorders. {sidebar id=71}

“A lot of people with depression are ashamed of it and don’t want to see somebody [or talk about it] when that’s what they’re supposed to do,” said health teacher Heather Ferris. “Getting through [depression] yourself is not an easy task and many people aren’t able to.”

Barunda’s mother was quick to act on Barunda’s depression and brought her to a therapist. However, it was still not enough to bring her completely out of her depression.

“My mom put me in therapy for many years, but then it got to the point where I told my mother that I refused to go to school,” Barunda said.

After suffering from depression symptoms in therapy, Barunda was taken to a psychiatrist by her mother the summer before her freshman year. She was immediately diagnosed with depression and put on medication.

But it only became worse while she dealt with school drama. Last April, the weekend of Easter, her depression intensified when she locked herself in her bathroom and slit her wrists.

“My mom called the [police] because of my suicide attempt,” Barunda said. “I was hospitalized for suicide attempt. They also increased my dosage [of anti-depressant medication].

Today, Barunda is still struggling and is on medication, but she admits that she feels much better than last year.

“I cut out a lot of negative friends, people who’d spread rumors. I hang out with the same people, like people who understand what I’ve gone through, [because] they’ve been through it,” she said. “I also find different ways of coping, like, different outlets. I like to do art and poetry.”

Though last year was an especially difficult one for Covault, she is slowly recovering as well.

For Covault, the lowest point in her depression was her junior year, because of her AP classes. When it became too much, she finally took a break off school for her health.

“I only went on one trip for about a week to Cambria the rest of the time I was at home resting. I couldn’t get myself up to go to school because I had no motivation. When I tried to go to school I would want to kill myself, like literally,” she said in an email.

After joining a teen support group in Camarillo for a while and being prescribed medicine to help her, she is now recovering. Today, she goes to therapy regularly, and like Barunda, she also finds different outlets to feel better.

“I talk to my mom, play piano, and sing,” she said. “Like if I feel really depressed, I’ll push homework to the side and do things that make me happy, because [my health] is my priority.”