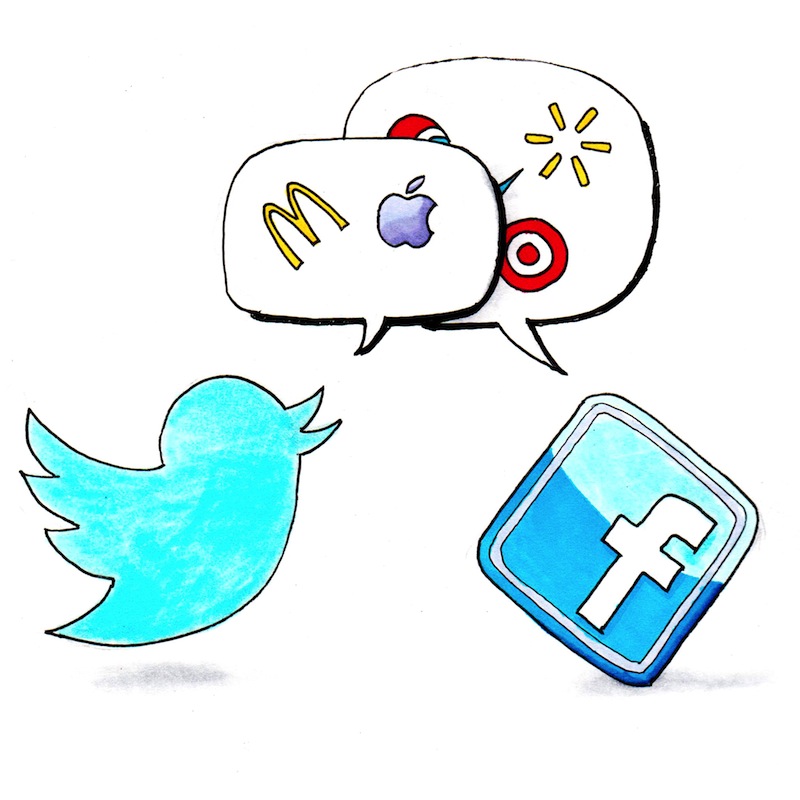 No, seriously. You may have contributed to a multi-million dollar marketing strategy or even a major, mass-produced product, because you posted something clever on Facebook, Instagram, Twitter, or any other major social network.

Even Google makes $1,000,000 a day off of you when you use its search engine. Every day, every hour, every second you are using a social network or another Internet powerhouse you are being monitored, recorded, and manipulated. It’s almost like you are Winston from “1984” and every time you get on the Internet, Big Brother is watching you.

Google monitors your searches and what you do on the Internet, and then sell the results to marketing firms for profit. Then, the marketing firms sell ideas that are based on your searches to major corporations for profit. Then, those major corporations sell you a product that you want to buy, because they’re selling it with your idea. They are manipulating you with you. They’re reading your mind.

A company that has recently used your ideas to their full potential is Samsung. Through Twitter, Samsung tracked over 70,000 conversations regarding aspects of phones that annoy people. For instance, conversations were tracked that were poking fun at Apple for always having to come out with the next big thing, or the next big phone. {sidebar id=66}

So, Samsung launched a campaign that included a commercial that made fun of Apple for always having to come out with another phone, while they claimed their phone was the “Next best thing that was already here.” So far, the commercial has received over 32 million views on YouTube.

Is this wrong? Is this manipulation, this thieving of our words morally wrong? Well the people seem to have no problem with it. In fact, you agreed to the terms and conditions of all your social media networks, and all those contracts and agreements that you “read” clearly state that anything you post on those websites are the property of the companies that run websites. Legally speaking, anything you post on any of their sites is theirs. You gave it to them.

I’m not writing this from my perspective. I’m writing it from everybody’s. Maybe we all should have thought twice before skipping that little sections that ask you to, “Please read the Terms and Conditions before proceeding.”

Who knows? You could end up on the next Taco Bell commercial. Yea. That picture you took last Thanksgiving with the Taco Bell box in the middle? That could be in a commercial in the Super Bowl, and you will get no credit for it, because you gave it to social network, that gave it to the marketing firm, that gave it to the Taco Bell, that put it in the ad, that you saw, that you remembered. And what does the ad make you want to do? That ad makes you want to go eat Taco Bell.

Maybe next time, you should read the Terms and Conditions, before selling your virtual life.