Taking the leap from high school to college 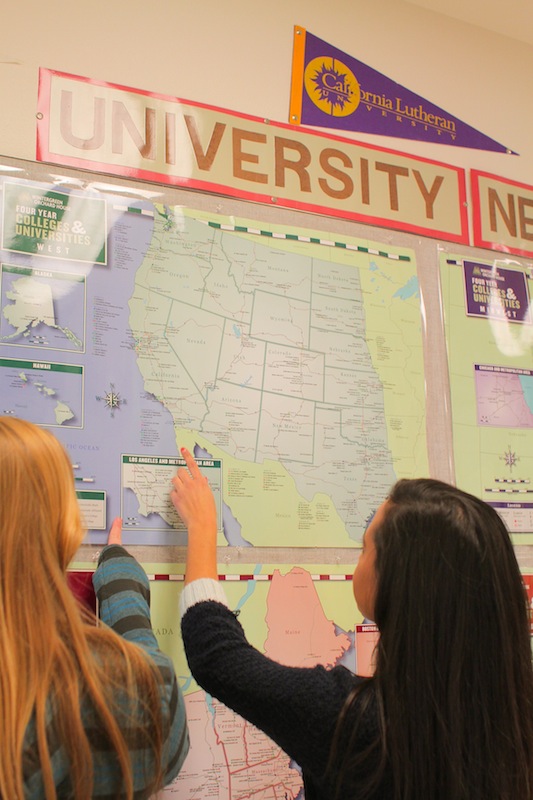 Going away to college can be a daunting and sometimes overwhelming task for students.

For many, it is their first time being away from home, being independent from their families, and establishing themselves in an unfamiliar environment. It is a time of major changes and unfamiliar struggles, but it can also be a time for new beginnings and self-discovery.

“I was quite nervous about a lot of things before I left for college. However, I think that finally being independent was one of the deepest worries that I had. I was afraid and overwhelmed with the very thought of being on my own,” said Foothill alumnus Lujain Al-Saleh, who has just completed her first semester at University of California, Davis.

She said the biggest challenge she faced adjusting to college was learning how to live with roommates.

“It can get a little crowded and overwhelming at times. My roommates also have very different habits and schedules than me, so it has definitely been a learning process,” she said.

However, Al-Saleh’s worries were short-lived. She soon discovered that involving herself in programs such as sports and clubs made the transition from high school to college much easier. She also feels that Foothill prepared her very well for the academic demands of college.

“I believe that every class has helped me in some way or another, and would really like to thank all of the wonderful teachers that I had throughout the years,” she said.

Foothill senior Elyse Delara is looking forward to the new location and experiences of college. She is hoping to attend San Francisco State University and major in environmental studies.

“I’m looking forward to leaving for college, but it’s kind of a mixture. I’m nervous about being on my own and getting used to a new campus,” Delara said.

Every students’ college experience is different. The type of school that students choose to attend can play a major role in the experience the student will have.

Emily Wages graduated from Foothill last year and is now attending Scripps College, an all-women’s school in Claremont, Calif. Having just finished her first semester, Wages was surprised at how quickly she began to feel at home in her new environment.

“It surprised me how quickly I settled in. The phrase, ‘I’m going home,’ now slips out when I’m headed back to the dorms,” Wages said.

Although homesickness was not a problem for Wages, finding the right crowd of friends was somewhat of a challenge.

“What does take a little effort is meeting people. My advice would be to hang out with as many different people as possible for those first few weeks. That way you have more to pick and choose from as the semester goes on, and you actually get to know these people better and understand who you’ll actually fit with best,” Wages said.

Wages also learned the hard way about theft on campus. After her bike was stolen, she immediately regretted disregarding the campus tour guide’s warning about bike theft.

“Get a U-lock for your bike. Don’t leave your bike unlocked. I go to a good school, but even there someone really did cut through my chain lock with bolt cutters and stole my bike,” Wages said.

In terms of academic preparedness, Wages feels that Foothill gave her a good foundation for her college classes.

“Going into college, I definitely found the classes challenging, but I never felt completely overwhelmed. This was thanks in great part to the academic challenges I was exposed to at Foothill, some of which were self-inflicted, I’ll admit,” Wages said.

Foothill senior Lauren Cacatian has applied to several different colleges and universities, but her top choice is Saint Mary’s College, a private Catholic school in the Bay Area. She plans on majoring in nursing and is excited about the new opportunities college has to offer.

“I’m looking forward to being on my own, learning to be independent, and studying what I’m interested in,” Cacatian said.

Al-saleh’s advice for high school seniors preparing to leave for college is to keep an open mind and not to feel pressured into taking classes just to fulfill their general requirements.

“Take classes that initially spark your interest. You might end up taking a class on a specific subject and discover a new passion in something that you never expected to have an interest in,” she said.