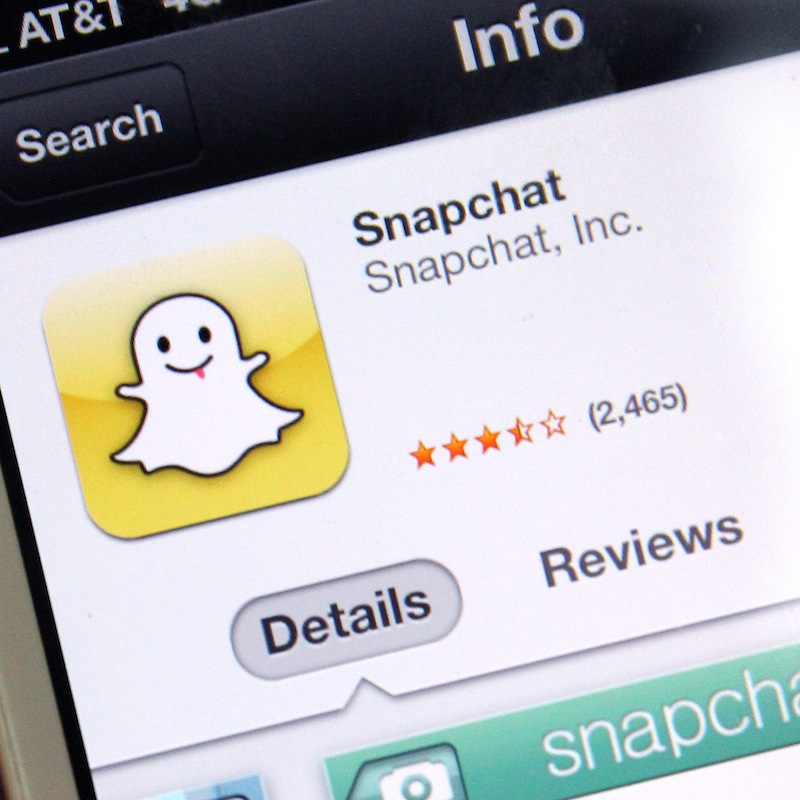 Over the past week, I’ve encountered an app so counterintuitive to the social media industry that I’m shocked it has stayed relevant in its market: Snapchat.

In all reality, the app isn’t publicly social, rather it is privately social. It provides a one-on-one photo sharing experience for its users, rather than a one-on-multiple people sharing experience. But there’s a catch. When a user sends a photo to another, the recipient of that photo has 10 seconds or less to look at the picture, and then it’s gone. The app deletes the picture from existence, forever. Once the 10 seconds are up, the recipient has no way of ever seeing that photo again.

Wouldn’t a photo sharing application want its content to remain permanent? How could this concept benefit the app maker’s net profit at all? It’s brilliant really. The app feeds off of a very counterintuitive thought process. Let’s see, how do I explain this without being super confusing? Okay, I got it.

If you Snapchat, (yes, it’s an unofficial verb now), then you can only see your friends content for a maximum of 10 seconds. What does this aspect of the app do? It feeds your anticipation, your excitement, and your desire to see what’s on the screen, lest you miss it. It’s only there for 10 seconds, and then it’s gone forever. You had better see it before it leaves. This sense of urgency fuels an excitement that other social networks can’t provide.

There is another aspect of Snapchat that makes the app appealing: its content is viewed privately. That means, instead of one person posting a picture for the public to see online, the app makes it so that a user can only send a picture to one person, and that picture is not viewable by anyone else.

This privacy, this independence, is appealing to a wide variety of age groups, particularly teenagers. I’ve heard plenty of times that the app has been used for sexting. Honestly, I wish I didn’t have to even touch the subject, but the fact that the pictures permanently disappear, makes the app ideal for the act of sexting. I feel a need to warn readers of this aspect of the app, before they dive into it head first.

Personally, I never have nor will use the app for that purpose. I think that is a whole other issue that needs to be dealt with separately and accordingly to whoever needs dealing with.

Regardless of its unintended flaws, Snapchat has created a revolutionary app that will reshape the landscape of social networking.