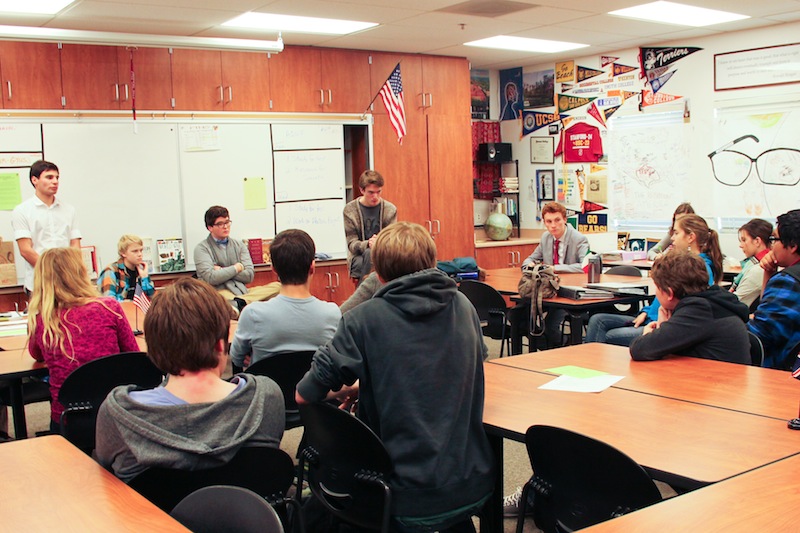 The Political Action and Awareness Club debate on Thursday stirred up conversation as to whether or not $10,000 was worth spending on last week’s Every 15 Minutes and whether or not the program was effective in the long run.

Every 15 Minutes is a program with a realistic drunk driving car crash simulation that allows students to personally witness and feel the effects of drunk driving without real-life risks.

The debate was held in history teacher Cherie Eulau’s room.

“I think it really does impact students.  I’m not so sure about the long term, but if it saves even 10 kids, maybe it is actually worth all the time and money ASB spent preparing it,” Eulau said.

Senior Jongseung Baek felt it had more of an effect on him the first time he witnessed it as a sophomore.

“It did not give as much impact on me this year because I knew everything was going to happen. It definitely did not have as big an impact as it did the first time,” said Baek.

Senior Annabelle Warren noticed that the spotlight of the demonstration was to show the aftermath of what bad decisions could ultimately lead up to.

“They put a lot more focus on the people dying rather than focusing on actually preventing drunk driving,” Warren said.

Senior Marnie Vaughan, who participated in the event, believes that drunk driving can have an impact on anyone and that the money spent on the program is worth it.

“It’s the people you would think would happen to the least actually happens to the most,” Vaughan said. “If it stopped one person from getting in the car with a drunk driver $10,000 is definitely worth it.  I would pay $10,000 in a heartbeat.”