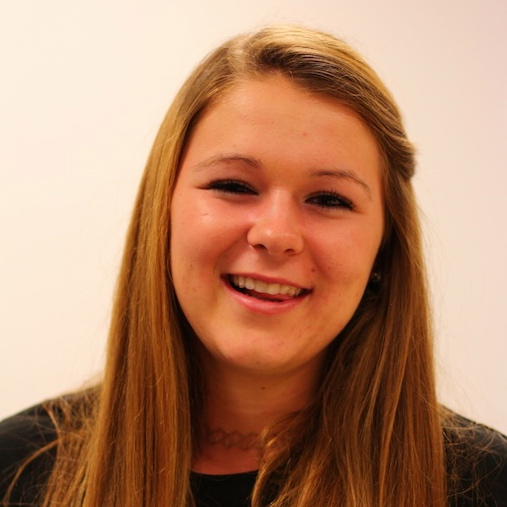 After watching Every 15 Minutes her freshman year, Emily Graves originally wanted to be an actress so she could be put in a body bag.  But after she began participating as one of the “living dead,” Graves began to understand the importance of the simulation.

“I’m excited! Afterwards when we go to the court and the jail, that’s going to be crazy because I’ve never been inside a jail and I want to see what it looks like,” she said before the simulation started.

“It [driving under the influence] actually has affected me, and someone that I know has died because of alcohol and drinking and driving. And the sleepover seemed kind of fun too,” she said.

During the car crash scene, Graves said it was when Austin Takeda, the “drunk driver,” started being interviewed that she began to feel it was real.

“As they started interviewing Austin and did his tests, he got into it and I felt into it. And when they took Stephen and Marnie away, I saw Marnie’s mom crying and Carly’s mom crying and I just thought ‘oh my gosh!’ ” Graves said.

Graves began to feel the tension during the court scene, when Takeda was being sentenced.

“I know the students were just as into it as I was. In the courtroom, I know it was intense for other people too because when the judge came out we all went silent. Nobody wanted to speak; we all just wanted to listen and hear exactly what was happening,” Graves said.

She said the event was an emotional rollercoaster for the cast members.

“Some of the students cried,” she said. “I cried in the hospital when I saw Marnie’s mom ’cause that was intense, and I know Mrs. Duffy felt that way too.”

At the end of the two days, it was no longer about body bags and getting to see the inside of a jail for the first time for Graves. She wanted to raise awareness and let everyone to know the consequences of drinking and driving.

“I definitely won’t drink and drive, but I don’t think that was the biggest problem. People are going to drink, but encouraging them not to drive home is what matters. When getting in the car, you intend to kill someone if you’re drunk,” Graves said.