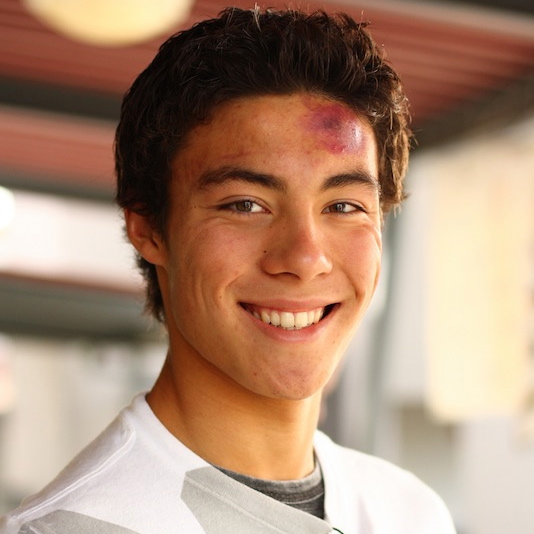 Austin Takeda’s participation as a drunk driver in Every 15 Minutes on Thursday and Friday struck close to home for the junior, who has seen loved ones deal with substance abuse.

“I have been affected by alcohol and drug abuse by family members. Recently my family friend came to us for rehabilitation but denied it when he came to our house,” he said.

Takeda took his role as the drunk driver seriously, as he wanted to ensure that the program had an impact on Foothill students.

“I was surprised they picked me; I felt nervous because it’s a big part. I didn’t want to disappoint anyone. If I’m going to do it, I want to do it right,” he said.

Takeda was nervous about playing someone who was drunk. He wanted to make sure it was believable to the audience.

“I don’t want people to laugh. I want it to be a serious thing. It’s a lot of money, so it should be professional,” he said Thursday before the simulated crash that “killed” two Foothill students.

At the scene of the crash, the officer interrogated Takeda and had him perform a series of field sobriety tests. It was determined that Takeda had been drunk, high, and texting at the time of the “crash”; the officer placed him under arrest and took him to the jail in the police car. From there, he was taken to VCMC for a medical exam before being escorted to the courthouse for his mock trial.

Takeda thinks this event helps bring awareness to the importance of one’s safety.

“This is an important event to me because I wanted to make sure that I do not do something careless that will affect my well-being and my safety and to affect other people’s safety,” he said.

Takeda knows that the impact on this event will help him make intelligent decisions in his future.

“It has given me a sense of checking things and making sure me or my friends are doing something I need to think about the effect and what the ripples and consequences would be to make sure nothing is thoughtless,” he said.