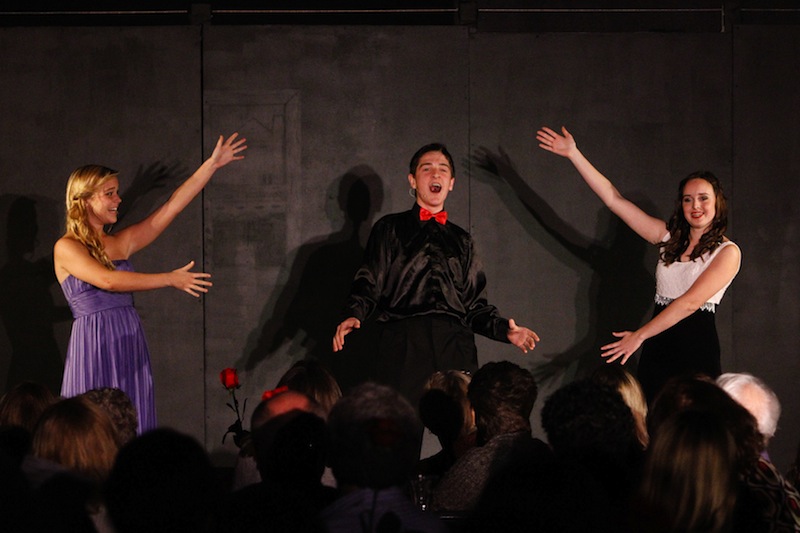 Company is an all-district high school show choir that meets in the morning four days a week at Ventura High School.

“It’s the combined talent of all the high schools in Ventura, pulled together as one group because most of the schools don’t have enough people to fulfill the program [individually],” Company accompanist Gary Poirot said.

Any student from the five different high schools in the district can participate in the program.

“It’s a show choir which means they sing and they dance when they perform, but it’s for all the high schools, and anyone from any of the five high schools can audition for it,” Company Director Heidi House said.

House takes a special interest in her students and thinks very highly of them.

The money will, in addition to the charity, benefit a scholarship program for the students, and covers the expenses of Company.

“People know his songs, they’ll recognize his music, his melodies are just beautiful and stunning and intriguing, and they are full of surprises and offer a wide variety of performance opportunities for my students,” House said.

The performers rehearsed four days a week at 6:15 in the morning and have been readying themselves for over two months.

“We’ve been preparing for this since around when school started. It’s pretty awesome, it’s fun, I enjoy myself, and we just sing and dance and have general merriment,” Ventura High School sophomore and Company performer Franklin Hansen said.

Foothill sophomore Nick Vaughan performed in two pieces singing songs from musicals such as Oklahoma and The Sound of Music.

“It’s tough sometimes, but we make it work and its good being with friends [and] people who you like to be with,” Vaughan said. “The whole experience of being with your friends and being on stage and performing in front of a sold out crowd is something that you’ll only get a chance to experience a few times in your life, and it’s unreal.”

Company worked for 12 hours on the day before and on the day of their one night only performance in order to prepare for the event.
“It required a lot of effort, two days in a row right after another going over and over and over again. The last minute rehearsing helped a lot though, and at the end you notice things that you never noticed before, and it makes it better,” Foothill senior and Company performer Memo Mederos said.

“It was very successful, they probably need a bigger place to do this next year, it was really crowded,” Poirot said.

Mariani believes that it was a good change in the regular venue for their concerts.

“Considering it’s an all district choir, I think it’s really good that they branch out to more than just Ventura, [because] they’ve done a few shows there, but it’s really cool if they sort of start a trend of doing shows at other schools,” Mariani said.

House wanted to keep the location within schools and thought that Foothill was a good venue.

“I want to keep our performance opportunities in the schools, and we are an all district choir so I want to perform at all different venues in Ventura Unified. It has a great stage and everybody was helpful and cooperative,” House said.

“I think it went phenomenal. I really liked how they acted; they really made the show more memorable. I would definitely come back again,” Stewart said.

House thought that the event was as good as she expected it to be.

“It was better than I ever, actually you know that’s not true, I knew it would be this good because I know how good they are,” said House.

“They trusted me and I trusted them and we all worked really hard together and created the magic that I knew would happen, I knew it.”