America is $16 trillion under, in need of fiscal conservatism 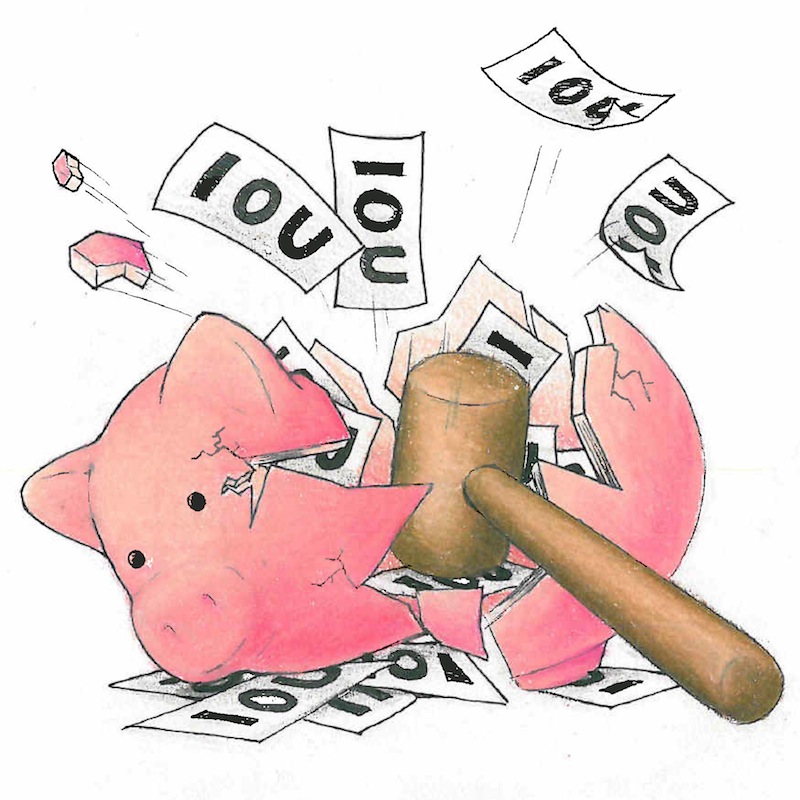 We are a country, ruled by ourselves, aren’t we? We are a democracy; we decide the direction our country goes.

Now, granted, we aren’t a direct democracy. We elect our representatives to do our will. But, not everyone’s will. We submit power to the will of majority.

Well, what is the goal of this democracy? What does the majority desire to gain from this type of government? Simple: freedom. Take the word, as you will. You decide what freedom you want, or how you define it, or what it means to you.  But freedom, to me, is defined by the ability to pursue dreams, to pursue love, to pursue religion, to pursue happiness, under legal circumstances of course.

So, we have achieved freedom as a nation, have we not? We are no longer a nation defined by race issues or religious persecution. We are independent of any other country in the world. We have taken those burdens and pushed them aside. We, as a nation, have discarded most of the concepts that divide us. Given, we still have some major issues to overcome. But overall we are, for now, a nation united.

So, do we have any problems that can cripple our nation? Oh, well, there is just a tiny little detail: the United States has over $16 trillion of debt. Yeah, I wrote that figure down with a “t.”

The United States’ population is roughly 300 million people, which means that each person would have to pay $53,330 to even come close to getting rid of our debt. I’d dare to call this situation a crisis, wouldn’t you?

The recent election opened my eyes up to something. It showed me where our nation’s priorities are. We are more focused on obtaining more freedom. We, as a majority, want the freedom to be able to marry the same sex, we want the freedom to abort children, and so on and so forth. Given the fact that Obama supports these matters, he was elected.

That’s the problem. Obama was elected because of his social and political views, not his financial solutions.

The United States, at the moment, reminds me of that cool guy. The guy who buys himself a cool car, an expensive watch and a smart phone, but is years behind in his house payments. He puts all of his money into his image, his luxury and his pleasure, but none into his base or his refuge.

America bought itself more freedom during the election, in regards to social matters and political ones, by electing Obama, but Romney’s financial plan was better. According to Romney, his proposed tax reform policy would have followed Ronald Reagan’s 1986 approach, in which lower tax rates buoyed job growth, while limits on deductions would’ve helped ensure adequate federal revenue.

We are getting buried in debt and need to get out this hole, and that’s what Romney’s plan would have done. It may hurt at first, but giving up a few extra perks in life is a small price to pay to avoid our so-called “fiscal cliff.” Instead of addressing the fact that we’re about to drown in debt, we addressed our desire to obtain more freedom during the election, and sooner or later, we’re going to pay for it.

Now, it is imperative you understand that I’m not saying freedom is a negative thing. Freedom gives me the ability to write this article, and you to read it. The point is, we need to focus on paying for our house, and then we can worry about paying for our cars and watches.

Was Romney’s financial plan perfect? No. Was it better than Obama’s? Yes. Romney’s plan was projected to put the deficit under control much quicker, and much more effectively than Obama’s. As a nation, we need to worry about paying off our deficit first, and then we can focus on gay rights, abortion, and matters like that.

While certain political and social matters are changing the nation, we can’t put too much emphasis on them until we are financially stable. It’s like were walking into a bank and saying, “Listen we know were trillions of dollars in debt, and don’t worry, we’ve got a plan that is projected to put our debt under control by 2022, but we’re going to take out a loan to buy ourselves a coffee maker.”

Just so you know, at the end of the “cool guy” metaphor, the cool guy loses his house and his car, and his watch to the bank.