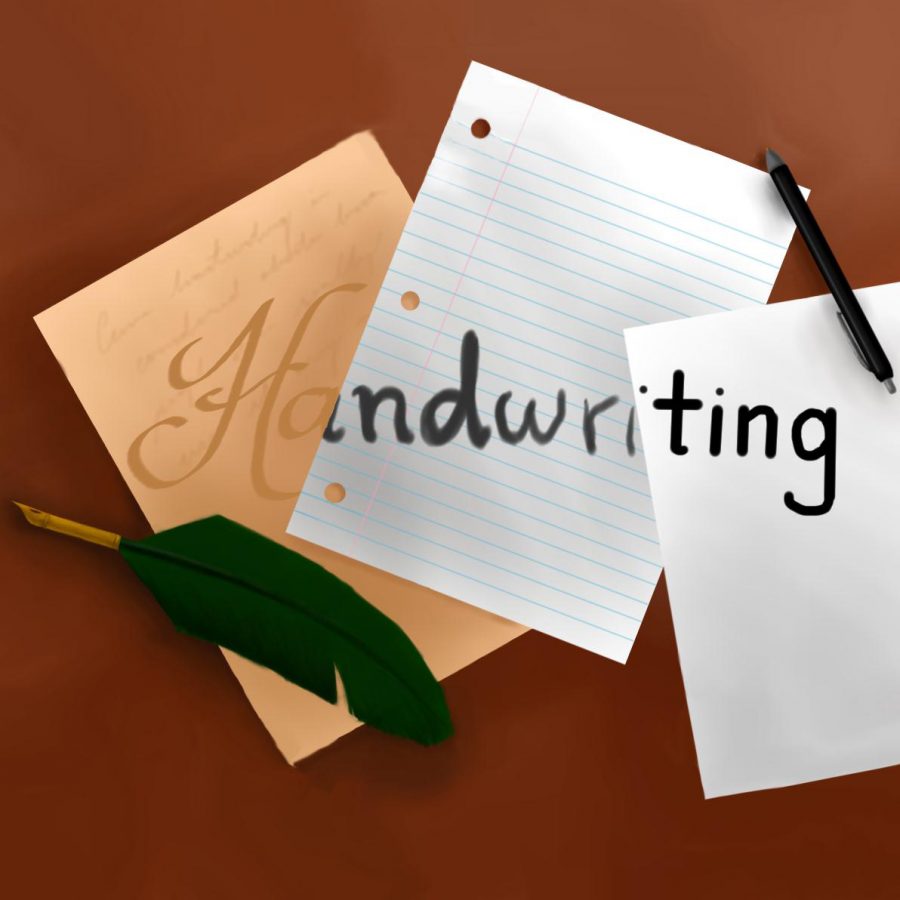 Sinuous, elegantly drawn out words traced across a sheet of paper, spiraling and flowing like vines of ivy. It’s strange to think that this once popular, graceful form of art has been reduced to something only seen on historical parchment and tattoos. However, as time progresses and technology advances, there seems to be less and less of a reason to continue passing down this skill.

The use of cursive can be traced back to before 100 B.C., though we didn’t begin to call it cursive until 14 A.D. This cursive was really what we in modern times call italics, but it still led to the development of modern day cursive in the 1600s.

In the U.S. it became common practice to teach cursive to children in the second or third grade, but ever sense the rise of the typewriter in the 1960s, the purpose of the complicated system of linking words has been seriously questioned.

The whole point of cursive writing was that it was faster, easier to fit on paper, and it simply looked better. Though as less and less children are taught how to write cursive, more and more faults are found with these points.

Despite what educators may have taught us, cursive is not faster than printing. In order to achieve legible sentences and avoid having the entire line looking like a mixture of squiggles, great amounts of time and effort need to be put into meticulously drawing the letters in the correct form. Not to mention the fact that some people may spend twenty minutes simply trying to remember what the more complicated letters look like. Why would anyone spend 30 minutes struggling to write a five-sentence paragraph in cursive when they easily could have typed it out legibly on the computer in 12 minutes?

Even if you were to ignore these swirls and squish the letters close together, you would once again run into the problem of legibility. I highly doubt a mailman will happily try to decipher your squished together, cursive mess of an address. Chances are he won’t appreciate your attempt at conserving space and just file the letter as “return to sender.”

Last but not least, there’s the stereotype that cursive looks better than printing. The people who so boldly state this are most likely picturing immaculate script writing used on only the most important of documents, instead of the messy loopy scrawl that looks more like how cursive is normally executed.

Cursive might have been beautiful and legible in George Washington’s day and age, but in the present it is difficult for students to decode their own writing.

It’s hard to recall just how many times students have paused in the middle of reading their essays to the class and said, “Wait, I can’t read this. Give me a second to figure out what I wrote.”

If children can’t even read their own cursive, then there is obviously a problem with this system of writing.

There is no point in continuing to teach how to write cursive. It is a dead form of writing that no longer achieves what it set out to do. Speed, legibility, and lettering size are almost impossible to achieve with cursive. Though some people may be able to do all of these things with cursive, it would still take them a fraction of the time to type it on the computer or simply write it in block letters.

Cursive may have been a practical form of writing in the past, but we are now in the 21st century, the era of computers and typing. It’s time to bid a farewell to cursive and wave hello to the future of penmanship.