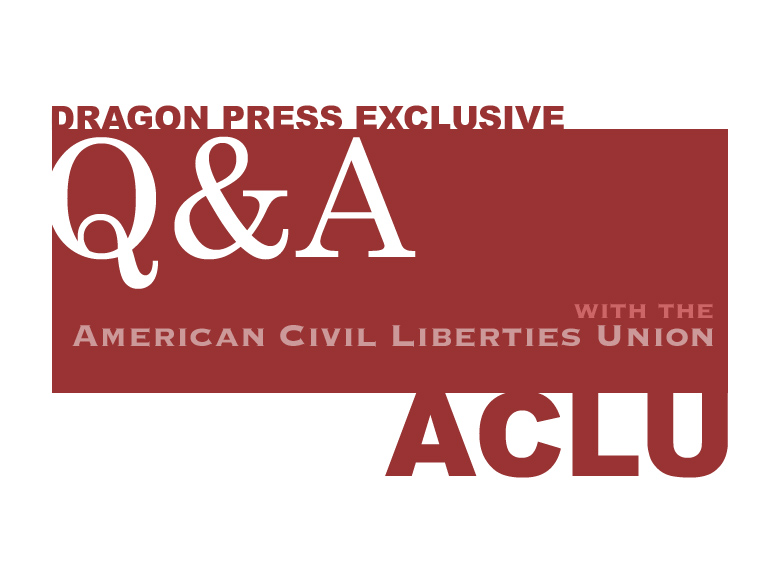 Lucas Wiltjer
Districts across California, including Ventura Unified School District, are feeling the impacts of Assembly Bill 1575.
AB 1575 reinforces old legislation from the California Constitution regarding free education. The bill creates a complaint system and consequences for schools and teachers who impose fees upon students.
Brooks Allen, director of education advocacy of the Southern California branch of the American Civil Liberties Union, was interviewed about AB 1575.

Dragon Press: Could you clearly explain what AB 1575 is and how it is related to the lawsuit you have filed?

Allen: So, AB 1575 is a piece of legislation that Governor Brown just signed this Saturday, and it will become effective on Jan. 1. It’s a Bill that was designed to provide the remedy we were seeking in the lawsuit that our offices, the California affiliates, across the state of California [filed], which sought to ensure that the Free School Guarantee which has been in our California constitution since 1879.
[It] is a meaningful promise to all California students, and this is an area of the law which has been very clear whenever the courts have looked at this, or the Attorney General, or the State Department of Education — everyone agrees [about] what the laws means, and to use the words of the California Supreme Court, “free means free.”
But unfortunately, we had started to see, leading up the the lawsuit, dozens and dozens of districts across the state starting to charge students for things as basic and essential as textbooks, the right to even enroll in class, lab fees and so on.
Our lawsuit was an effort to ensure that the state is responsible for ensuring that all students have a free education and an equal education for all students. And Assembly Bill 1575 does that by ensuring that all school districts… will receive regular guidances from the State Department of Education with respect to the rules about the free school guarantee.
Parents and students at all public schools every year will get information about the free school guarantee and what to do if they believe this is being violated. This establishes a local complaint process building on the existing uniform complaint process, so that if a student or parent has a concern about a fee that they believe is unconstitutional, they can use that very simple, easy-to-use complaint process at their school to bring it to the attention of the officials there. And, if they believe that school officials don’t respond accordingly and remedy the problem, they can appeal to the State Department of Education.

Explain how this is going to be beneficial to all students in California?

Allen: The Free School Guarantee was put into the California constitution really in recognizing the fact that the foundation of our democracy is ensuring that all children have equal access to education that is necessary to go on and succeed and pursue the American Dream. And, ensuring that the Free School Guarantee is meaningful and that its [California’s] schools really are free, continues to ensure that all students regardless of their family’s financial status and income are able to exercise their right to education on an equal basis. It gives everyone an equal chance to succeed

Your critics have been saying that this lawsuit has been negatively impacting the middle class, with budget cuts and fees we could still have some field trips, but with more cuts and little to no funding, schools are forced to offer little to no extracurricular activities. Could you respond to those critics?

Allen: Who are those critics?

Many parents who feel that they are able to pay for certain  field trips and they feel their student is being denied opportunities because they can still pay for it but because others can’t, their child cannot go.

Allen: Without seeing the criticism specifically, if it is as you relay it, one thing that has always been clear… this isn’t a change in the law. In fact, AB 1575 doesn’t change the law at all with respect to what can and can’t be charged.
Now, if some districts were out of compliance with the law before, they paid attention to it as a result of this law being introduced, that’s another issue. But with respect to a situation where someone says ‘Well, can’t we go on a field trip?’ You absolutely can, and most districts have demonstrated they can protect multiple children’s constitutional right to a free and public education while also fundraising to make these kinds of activities possible.
We at the ACLU have been at the forefront for fighting for additional funds for all public schools, and are even doing that with respect to propositions currently on the ballot now, propositions 30 and 38. But, we think that where districts have taken a close look at this, they have been able to solve that dilemma. They’ve been able to ensure that all students have equal[ity].
So, as an example, going back to your field trip hypothetical, if a district says we need to raise $5,000 in order for all students in this class to go on that field trip, they can do that and they can ask for voluntary donation and contributions and they can raise that $5,000. What they can’t do is to tell student that it if that field trip – and again there are a lot of specific rules for specific types of field trips, so it’s hard to say anything categorically – but let’s say a field trip is a part of that class where that class is expected to [go], that’s part of the educational activity that everyone goes on this, that law has always said you can’t deny a student the ability to go simply because they can’t pay a fee, so they can fundraise for it they can make donations. But, you can’t tell some student that they get left behind because they can’t pay.
Our public schools are built on the notion that we all have equal access, and we can’t start to partial out opportunity based on who can provide more additional funds. But we can, as a community, and as a school community, fundraise for an aggregate goal so that everyone can have access to certain activities and programs that may have been cut based on the state’s budget.

I would like to be able to point out some of these specific instances where these district have done this to show that these are solvable issues, can you show me and examples of this fundraising being successful?
Allen: I think you can look almost anywhere, any district that has not been subject to concerns about violating students’ rights who has continued to have field trips clearly has found a remedy. It’s a little bit difficult because it’s the inverse, it’s asking where are things still working. So, anywhere that still has field trips and is not violating student constitutional rights has managed to do it.