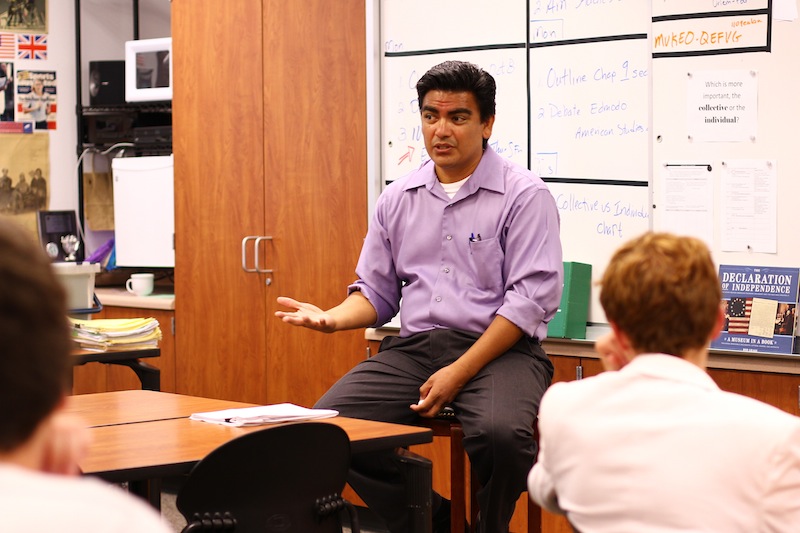 “It was important to hear the legal interpretation, background and ramifications of the law. Mr. Ramos is at the forefront of this issue for our district,” PAAC advisor Cherie Eulau said. {sidebar id=60}

Assembly Bill 1575 reinforces the ruling made in the 1984 case of Hartzell vs. Connel, which mandated that any “integral” funds should be paid by the school, not the students. This was an attempt to give everyone the same opportunities in public school.

“Public schools should be free. It’s the great equalizer. Everyone should have the same access, no matter if you’re willing to pay, can pay or can’t pay,” Ramos said.

The bill states that integral funds include “but are not limited to, curricular and extracurricular activities.”

Ramos was able to answer questions that the students had about the ACLU lawsuit and the bill.

“It was nice to finally hear the truth about this law, because you hear so many rumors and that makes it seem scarier and more dire than it really is,” junior Angela King said. “It’s our education at stake, we will be the ones dealing with the effects, so we need to know what changes are coming.”

For senior Stephen Mariani, having Ramos come and talk about the bill strengthened his opinion that more of the state’s budget should go towards education.

“There are a lot of misconceptions with the lawsuit and AB1575.  Mr. Ramos made it very clear that the bill isn’t changing any of the education policy as far as student fees go, they have always been illegal, but it is now adding a consequence for non-abiding schools,” Mariani said.  “It’s important for students, parents, and everyone involved in the public school system that education has to be our top priority again.”