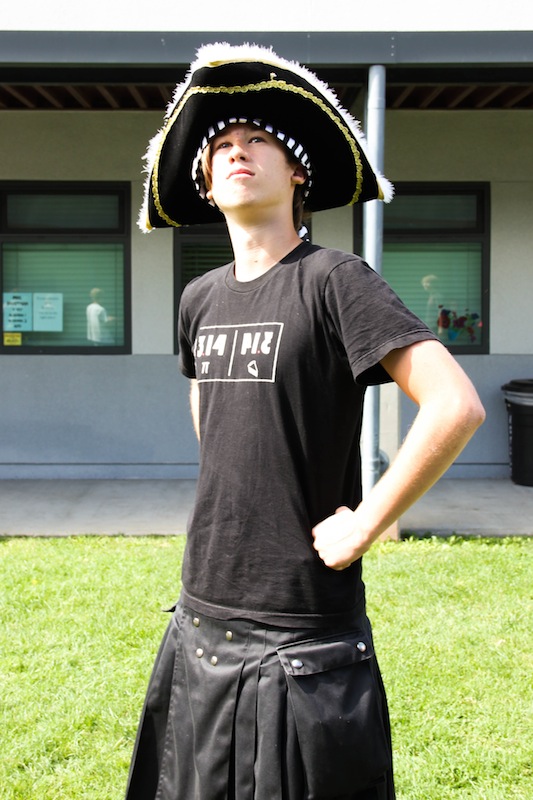 The Speech and Debate team, the Anime club, and the National Honors Society have new competition on campus: worshipers of the Church of the Flying Spaghetti Monster.

The Pastafarian religion, generally distinguished as a parody religion, was created in 2005 when Bobby Henderson wrote a letter to the Kansas School Board protesting the district’s choice to replace the evolution curriculum with intelligent design.

The beliefs that the Flying Spaghetti Monster created our world and that pirates were the first Pastafarians, are two of the many sarcastic principles of the Pastafarian religion.

Junior Nick Alexander aims to start a Pastafarian club at Foothill. However, he is currently on a waiting list.

“If a club dies, then we will be a club,” Alexander said.

According to ASB adviser Darcy Duffy, any group who wants to become an official club needs to fill out a form and read the club requirements. The waiting list goes in order of who turns in their papers first.

Every club on campus is required to meet at least four times over the course of one quarter. If a club fails to meet this requirement, the club will lose its active status.

Should the Pastafarian club move high enough on the waiting list to become a real club, they would still need a teacher to be their advisor. They also need reliable members.

“They need at least ten members who will attend the club consistently,” Duffy said.

Alexander hopes that any “interesting people” will feel free to come and join the Pastafarians once their club is official, and he welcomes anyone who is fascinated in learning more about the religion.

Once it becomes a club, Alexander wants to “figure it out as we get there.”

Despite the club’s current status, senior Josh Colmenero still hopes the Pastafarians will be official. Colmenero will serve as the club’s vice president.

“We want to start it to raise awareness for alternate religions,” Colmenero said.