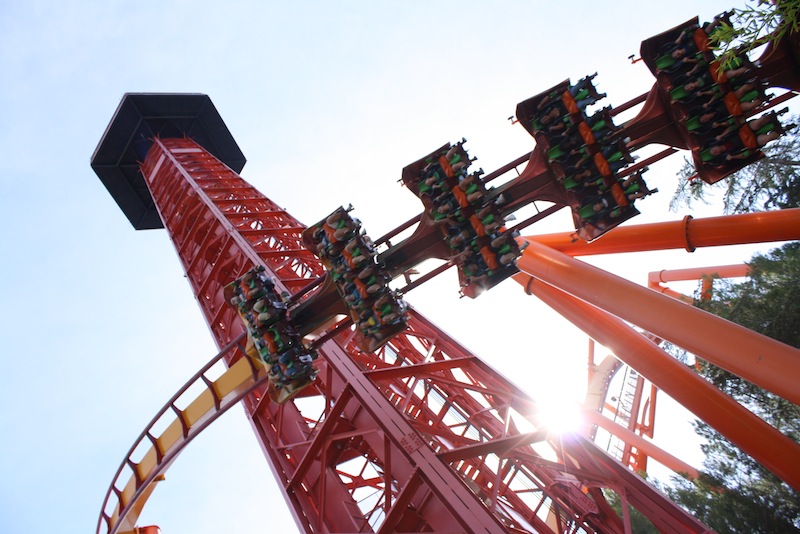 Foothill dragons may be saying goodbye to the school’s Magic Mountain trip.

With the possible institution of Assembly Bill 1575, Foothill’s Associated Student Body may be unable to afford the annual field trip this year.

AB 1575 reinforces existing legislation that says it is against the law for any public school to require students to pay a fee for either a mandatory or extracurricular activity.

“The letters that go home [for Magic Mountain] can no longer ask for a fee or contribution. They will have to ask for a voluntary donation,” ASB advisor Darcy Duffy said.

Although the bill does not prohibit Foothill from going on the trip, it forbids the school from charging students to go. Much of the money used for Magic Mountain comes from the small charge students participating are asked to pay.

If too many students choose not to donate, there will be an inadequate amount of funding for the activity.

“There is only so much money in the pot,” Duffy said.

In years past, students unable to pay the fee could apply for financial assistance, while students who simply didn’t pay could not go. But this year, Foothill must provide financial compensation for any eligible student who wishes to go and does not pay the fee, whether they are capable of paying or not.

Duffy is confident that the students will continue to donate money even though the fee will no longer be mandatory.

“Considering that the technology fee is a donation and we get a good amount of funds from that… I think we will be able to pull together enough money,” she said.

“Students understand that there is a change in legislation, and I think most will still give a donation,” he said.

Magic Mountain also recently raised the cost of each individual ticket, which will increase the donation requested of each student.

“I think last year we asked for $32, but this year Magic Mountain actually raised its ticket price, so that just adds to it as well,” assistant principal Katie Tedford said.

Duffy believes that the school will ask each student for about $40 to attend this year’s trip.

According to ASB representative Hayley Abourezk-Pinkstone, if the amount of money collected is close enough to the price of the trip, ASB will consider taking money from another fund, such as Renaissance, to cover the difference.

“It depends on how it goes asking for donations… ASB may take money from elsewhere if it is not completely unaffordable,” she said

However, if the total money from the donations and the ASB budget does not come close enough to the amount required, the Magic Mountain trip will be canceled.

The trip is generally offered to all students in tenth, eleventh, and twelfth grade who receive proficient on all of their STAR tests, to any class that receives a higher Academic Performance Index score than that of the class the year before them, or to the entire school, excluding freshmen, if Foothill reaches the goal designated by administration.

“It is a prize,” senior Sophia Horigan said. “It is a good pay-off.”

Bova believes that the school will not see a drastic change in test scores should they no longer be able to offer the Magic Mountain incentive.

“Most students try hard because they have a sense of pride in their own academic accomplishment and in their school,” he said.

Sophomore Madi Stevenson also has confidence in her fellow students and believes that test scores will not change, but will still be disappointed if the trip is canceled.

“Foothill is pretty driven,” she said. “But it is something to look forward to and it would be a letdown.”

Should the trip be canceled, both Bova and Duffy agree that an alternate prize, whether it be a cheaper trip or on-campus event, would be offered.

Some students, like junior Emily Sim, would not mind if the trip were changed.

“I don’t like rollercoasters… I’d actually kind of prefer the beach or something. Magic Mountain is also a lot of money – not just the tickets, but the food and stuff too,” she said

“I would not be disappointed,” junior Ami Ballmer said.

Other students, like junior Paul Stockdill, would be let down if the trip were cut.

“I would feel as if they ripped out my esophagus and plastered it on the side of the men’s locker room,” he said

“I’d like to go,” sophomore Joseph Albaugh said. “It is the pot of gold at the end of the rainbow.”

Editor’s note: This article was changed on Tuesday, September 18 at 6:10 p.m. to correct the cost of transportation for the trip.