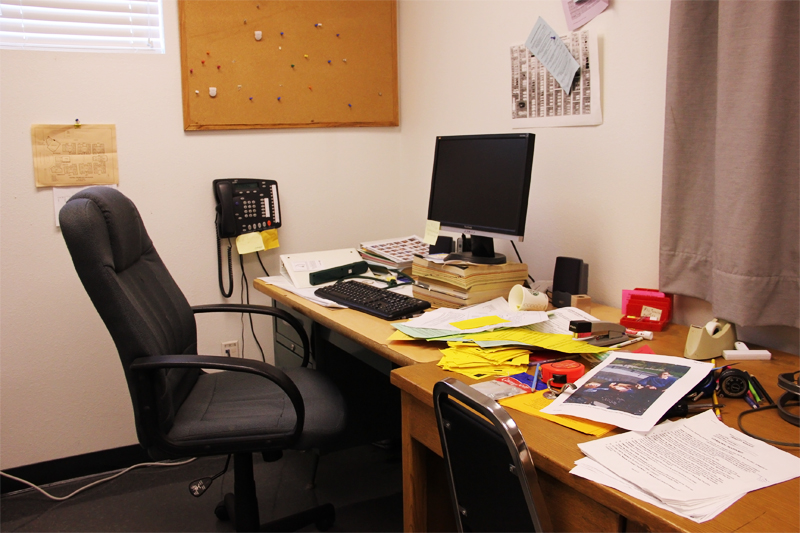 For ten years, Jim Lewis has served as the the campus supervisor at Foothill, making sure that students and staff alike have been safe and happy. Recently, however, Lewis decided to make the decision to retire from his long-time job.

Although part of the decision was made because of his age, another reason were concerns over his health.

“Jim had been out for a variety of injuries that he had to have surgery for,” Principal Joe Bova said.

Many staff members frequently spoke highly of how Lewis had always been a “positive guy” and that he had “always been laughing.” Among them, was chemistry and physics teacher John Weldele, who has been a member of Foothill’s staff since the second year it was founded.

“I certainly respect his decision, but he will be missed. I appreciated his cheerful demeanor and how he related to the students,” Weldele said.

English teacher Jason Dinkler felt that he had a vibrant and friendly personality.

“Jim’s the kind of guy that motivates people. He had always been the ‘been there and done that’ kind of guy,” he said.

Other staff members spoke how they would miss Lewis because his missing presence would be noticed immediately.

“It makes me sad, because it’ll be a big void in our school. He will be so missed,” Foothill receptionist Debbie Smith said.

Lewis had also been on good terms with many of the students because of the fact he “genuinely loved them.” Among the many students who spoke highly of him was junior Lia Monaco.

“We have such amazing staff at Foothill that it’s always a shame to see any of them go,” Moll said. “I’m glad we could have have him for the time that we did.”

Ultimately, it was Lewis’s selfless attitude that caused both students and staff members alike to feel highly about him.

“He was willing to do whatever was needed for students and staff members,” Bova said.

Lewis will be leaving this year alongside Assistant Principal Bobbi Powers and English teacher Robin Houlahan.