Why liberals and conservatives cannot compromise 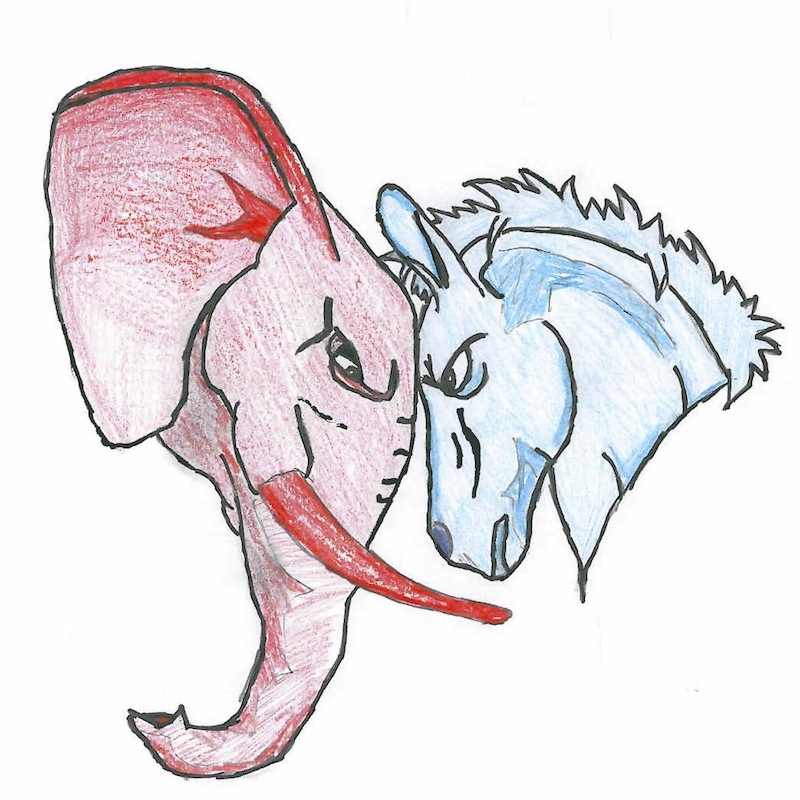 Now more than ever, Americans find themselves divided by ideology. Whether it be economic, international, or social issues, people seem to split themselves into two groups commonly labeled as “liberal” and “conservative.”

The conservative, tending to lean more towards religion, stereotypically fight against liberals time and time again in the hopes of “protecting America from further ruining itself.” Liberals, on the other hand, keep up their efforts to make America the Mecca for absolute liberty.

So, with two factions unwilling to compromise, what is the solution? The answer is a tricky one. It’s an answer which requires looking at both mindsets.

Conservatives generally tend to have a religious affiliation which they, either strictly or loosely, abide by. Regardless of which religion they affiliate themselves with (i.e. Protestant, Roman Catholic, Presbyterian, etc.), religious institutions tend to have the same stance on certain topics. Typically, they oppose gay marriage and abortion. This being said, people turn to their church to see what their opinion is on certain topics and take a stance depending on what it endorses.

Liberals, on the other hand, tend to have fewer ties with religion (not to say that they are all atheist or unreligious). They wish to have a country that evolves with the time and has policies in all aspects of life and government that reflect that mindset. It is in seeing these two contradictory ideologies where the conflict lies.

One side wishes to move forward while the other wishes to retain more of the past. Furthermore, neither side is willing to budge because both sides’ ideologies are unchangeable. The religious conservatives, for example, do not change their stance on topics because their church will not change its stance on topics. Now is this to say that churches are to blame for not “keeping up with the times?” Absolutely not. It is not the church’s mission to be constantly changing its platform and teachings.

As a Roman Catholic myself, I understand that in order for the Catholic church to change its stance on certain topics, then it must change scripture itself. This is an action which is impossible, for the word of God is impossible to change, regardless of which religion it is.

The same can be said about liberals in general.

Liberals are not blamed for sticking to philosophies and ideologies which they believe are ultimately good for people and society. They have a set of beliefs, which while different from their conservative brethren, ultimately have the same purpose: to make America a better place.

So with two sides unwilling to compromise on key topics, what is the solution?

The solution, as I see it, is for these two political camps to give up on certain areas and take on others. It is impossible for one side to get everything they want. There a good chance of there ever being a compromise over topics such as gay marriage, for there is no compromise. Yes, it might seem simple-minded and even a bit ignorant for people to just let go of some topics, but, in my opinion, this is the only way things can be done.

We, as a people, have debated since the beginning of our country, and unless we settle scores we will continue fighting for centuries to come. If people of different ideologies just give up on some certain topics while taking victories in others, then both sides can work together in areas in which compromises can be reached (i.e. the economy). The real challenge in this mindset, however, isn’t which topics some groups will give up on, but rather which side will blink first. For when one side allows the other to win on another topic, then it will become easy in seeing where these two factions will either win or lose.