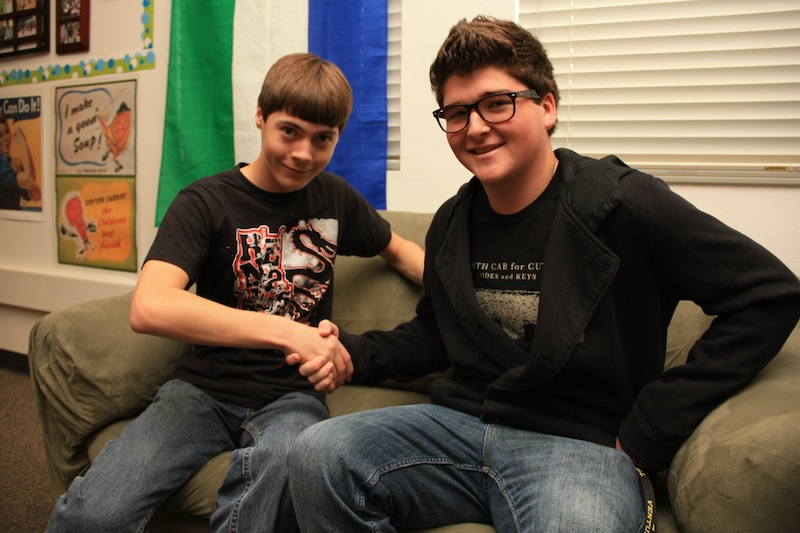 A handful of Foothill students were victorious in the ASB class elections held February 14 and 15.

The 2012-13 school year’s class officers are comprised of both seasoned veterans and newcomers.

Egan has never been in ASB before and is still unsure of what he will accomplish.

“I’d had the idea to run for awhile, so when elections came around, I decided to go for it,” he said.

Like his fellow officers, he hopes to bring new ideas to the table and strengthen the sense of community at Foothill.

“Simply attending Foothill is great, but I really wanted to actively participate in school activities and get to be a part of ASB.”

The newly elected junior and senior class presidents both expressed a strong dedication to their classmates and a desire to serve them over the next school year.

“I wanted to run because I care a lot about my class and love being able to work for my peers and see the outcome of hard work,” Cogswell said.

As the future leader of his senior class, Mariani feels similarly.

“After two years of appointed positions in ASB, I really wanted a position that would help my class directly,” he said. “I believed that the best way to work hard and put on many events for my peers would be through the class presidency.”

Mariani has a goal to continue current opportunities for the senior class as well as create new events that will carry on to future classes.

“Next year I hope to establish a very solid senior focus council as well as work very hard with the senior class advisors,” he said. “I know the majority of the senior events including senior pride, finish strong, and graduation rely on the officers to ensure their success.”