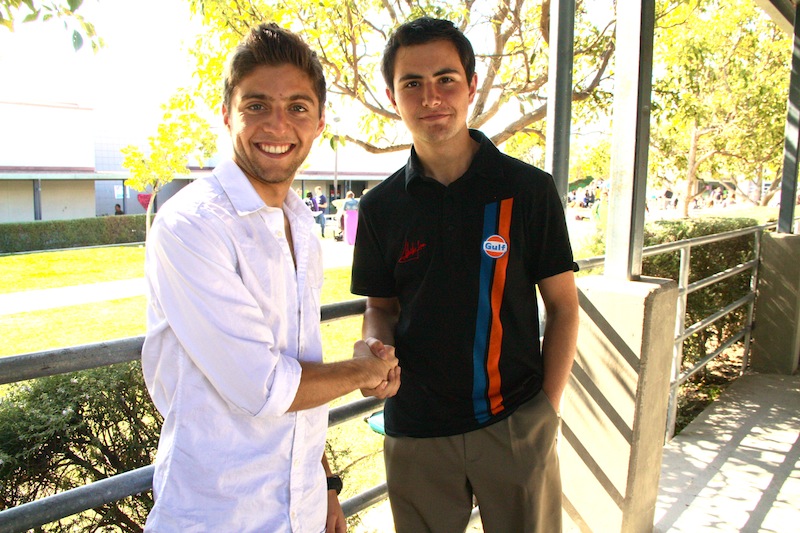 After a week of campaigning and voting, the results of the Associated Student Body (ASB) elections were announced Friday during fourth period. Foothill voters chose current junior Andre Sehati as next year’s ASB president and junior Alex Koch to serve as his vice president.

Foothill’s participation in the ASB elections significantly improved from last year. Despite a computer error that forced some students who voted in last year’s election to submit paper ballots, 413 of the 814 eligible voters (50.7 percent) cast votes. Juniors comprised about 27 percent of voters, sophomores about 30 percent, and freshmen about 43 percent.

ASB advisor Darcy Duffy was impressed by the jump in the number of voters, and the election overall.

“All the candidates were great, so it was a win-win either way,” she said. “I think Andre and Alex will compliment each other well.” 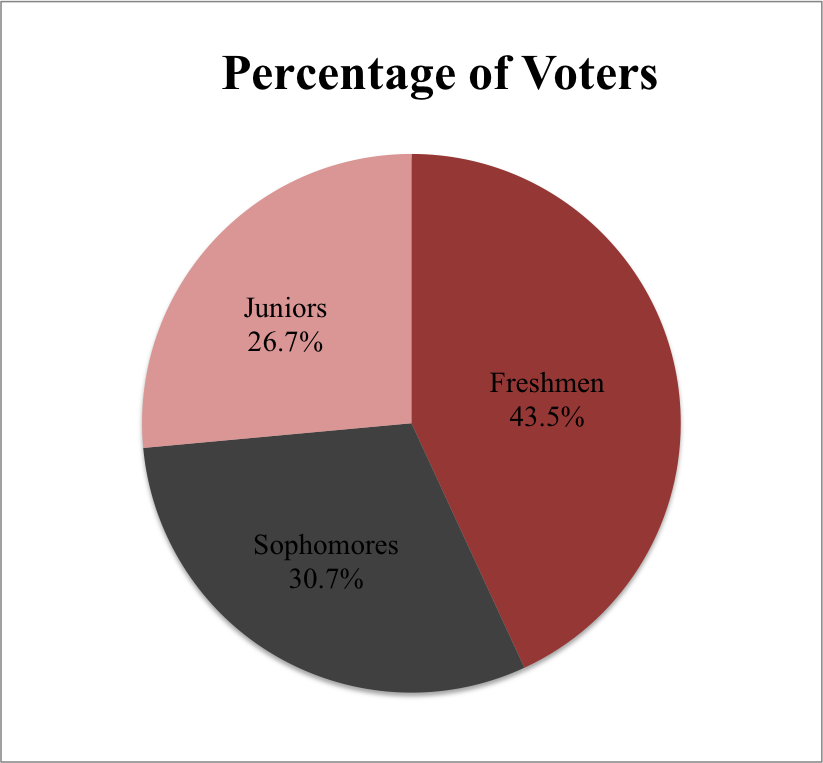 Sehati has been involved in school leadership programs since fifth grade, and resolved to become president of ASB when he joined the program as a freshman.

“The position of ASB president is a large responsibility to uphold, and I’m [going to] do the best to represent the school as possible,” Sehati said.

One of his main goals as ASB president is to bring all four grades closer together.

“When I was a freshman at Foothill, I was lucky enough to feel comfortable with the upperclassmen because of ASB, comfortable to go to them for help. I want all underclassmen to feel that way,” he said.

Next year, Alex Koch will work alongside Sehati as ASB vice president. He had more competition, as he ran against three other candidates for the position – juniors Ahdam Ali, Wesley Harris, and Raurie Lindemann.

Wesley Harris was one of those competitors. He said that, while disappointed about losing, he is also “supportive of Alex. I’ve got nothing against him, and we’re still really good friends.”

Koch is excited to step into his new position and get started on his ideas for Foothill next year. Along with upholding his promise of “quality, efficiency, value,” he wants to improve ASB’s connection with the rest of the school’s population.

“People feel negatively towards us because we’re not out all the time,” he said. “We need to ask, ‘What do you think?’ ASB is representing the school; that’s what we’re for.”