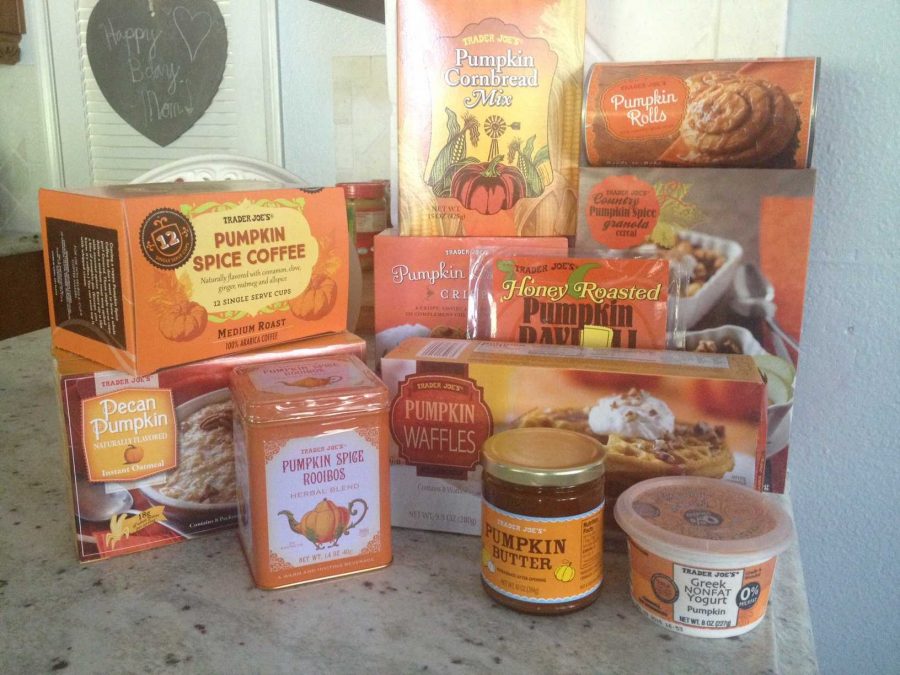 Despite the weather, fall is in full gear, and what better way to celebrate the season than with pumpkin? These days, there’s pumpkin flavored everything, and at Trader Joe’s, they really embrace the festivity. From waffles to cinnamon rolls to crackers, there’s something delicious to satisfy everyone’s tastebuds.

Some of their items, such as the Pumpkin Cookie Butter, sound like a heavenly concoction.  However, other foods like Pumpkin Ravioli seem suspiciously unusual. I decided to try a bunch of them out and choose some of my favorites to share.

Pecan Pumpkin Instant Oatmeal: This oatmeal is not only quick and easy to make when you are on-the-go, but is also very flavorful. It has just the right amount of pumpkin, and the pecans add the perfect crunch.

Pumpkin Cranberry Crisps: Although these crackers do not necessarily taste much like pumpkin, they definitely aren’t a normal, bland cracker. There is a nice hint of spice to them, and with the occasional chewiness of the dried cranberry, these crackers are great with almost anything (I recommend hummus).

Frozen Pumpkin Waffles: All the flavors of fall without the extra prep work makes this a great breakfast. The waffles only take a few minutes to make, and go great with a drizzle of maple syrup or Trader Joe’s Pumpkin Butter (which tastes similar to a pumpkin-flavored applesauce).

Honey-Roasted Pumpkin Ravioli: It may sound weird to mix pumpkin and pasta, but somehow, Trader Joe’s makes it work. The pumpkin filling and the honey are both very tasteful, but complement each other perfectly. Because pumpkin is such a distinct flavor, the ravioli is best served with melted butter and parmesan rather than a pasta sauce.

Pumpkin Cinnamon Rolls: Cinnamon Rolls and pumpkin- there really is no better combination for fall. Both the cinnamon and the pumpkin flavors are brought out, and because it’s pre-made dough, you don’t have to go through the extra hassle of making your own. It tastes delicious with the included icing, but can also be enjoyed with Pumpkin Cookie Butter Icing on top.

We have all the pumpkin. Thanks #TraderJoes! pic.twitter.com/MHaXSkj7B5

Trader Joe’s Pumpkin Palooza easily brings everyone into the fall spirit, and with all the different items to choose from, the store transforms into a Pumpkin Patch for your taste buds!