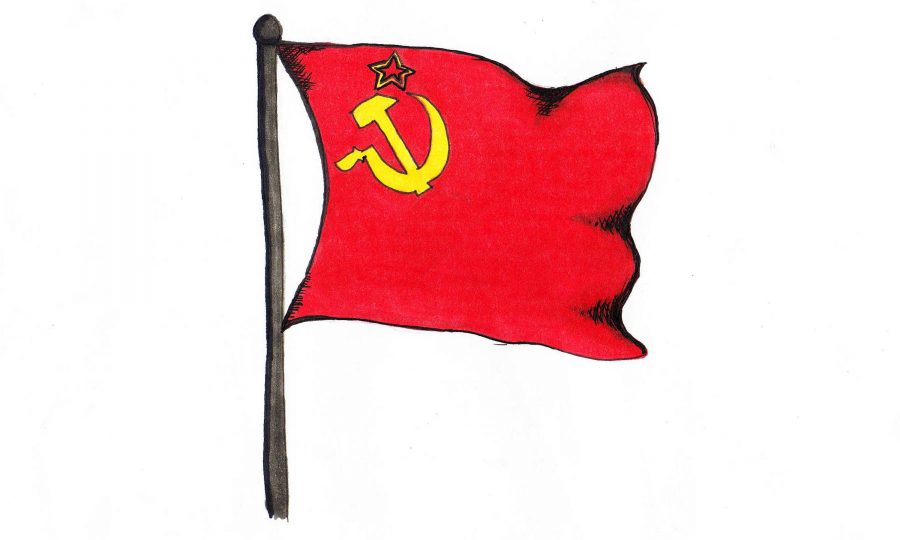 “Political power, properly so called, is merely the organized power of one class for oppressing another.”- The Communist Manifesto.

“Political power, properly so called, is merely the organized power of one class for oppressing another.”- The Communist Manifesto

Greatly influenced by the disparities between the wealthy elite and the common people during the 19th century, Karl Marx and Friedrich Engels envisioned a utopian society in which every person would be created equal. Citizens would have the same rights, and no single person would abuse the power held over another. Every man woman and child would rise up together in unity, and live in a perfect world. Acting on these visionary ambitions, they, along with many other like minded people, drafted the Communist Manifesto.

And yet today we, especially as Americans, have a different view of communism.

Americans hold the image of dictatorial Joseph Stalin, and the fearful concept of mutually assured destruction in close association with the word communism. Though the iron curtain that once descended upon Europe has long since disintegrated, a heavily fortified wall still remains in the minds of many.

The Soviet Union, Mao’s Red China, and North Korea are communist in name only, and even stand against many of the values that the writers of the communist manifesto once held dear. The existence of a privileged upper class, violent and indiscriminate purges, and showy displays of power demonstrated by these states would have disgusted visionary men such as Karl Marx.

All of the societies that have arisen under the name of communism are an affront to Marxist ideals, and fall nowhere close to the utopian ideals that Marx intended. The Soviet Union, China and North Korea were, and are, totalitarian police states in which none of the values of freedom and equality actually came to be.

So why are are Americans so afraid of an ideology that not only proved that it does not function, but no longer exists at large in the modern world?

The answer is simple. Americans so deeply feared a communist ruled world during the cold war era, that the fear still spills over into modern society.  The Communist Manifesto calls for a global overthrowing of the bourgeoisie by the proletariat class. The Soviets grossly misinterpreted this as a summons to conquer the world and impose communism on all peoples. Soviet hegemony naturally lead to fear from the non-communist world.

Americans must make an attempt to get past their irrational fear of the long dead Soviet Union.

A reemergence of the Soviet Union is a common fear exacerbated by Vladimir Putin and his actions in Crimea, and more recently in Syria. But why? Not only is the Soviet Union long since disbanded, but an imperialist style conquering of Western Europe is impossible with Russia’s current military strength and would never be permitted by the United Nations, or the United States.

Even so, can Americans get over their fear of communist and socialistic views and ideologies, and the stigmas that go with it? Calling someone a communist, or a socialist, is a common attempt at a political attack, however it is wrong and petty to attempt to attack someone solely based on their political orientation. Being called a communist, or a socialist is not a slur at all, but rather an affirmation of qualities of freedom and equality.

Moreover, the First Amendment of the United States Constitution states that “Congress shall make no law…abridging the freedom of speech.” As a United States citizen, any person should feel free and comfortable to express whatever opinions they may hold, so long as that they do not impede the constitutional rights of another person. So shouldn’t a citizen feel free to openly be a member of the communist or socialist party if they so choose? No person should feel unable to express their political opinions for fear of ridicule or rejection.

During and since the Cold War, Americans have continually disregarded the rights of other citizens due to an irrational fear of communism. As is evident in the McCarthy hearings, and the blacklisting of Hollywood filmmakers, civil liberties take a back seat under the threat of a supposed communist take over. Clearly this does not align with the freedoms that Americans are so quick to invoke when something that they hold dear is at risk.

We must abolish this double standard. Either United States citizens are free to be a part of any political party they wish, or they aren’t, but for ignorant people to discriminate against those who simply disagree with their views is a tragedy.

Americans must overcome their irrational fear of communism, and recognize the hypocrisy of their standards of freedom. Communism is not a dirty word, and most certainly is not an ideology to be feared.