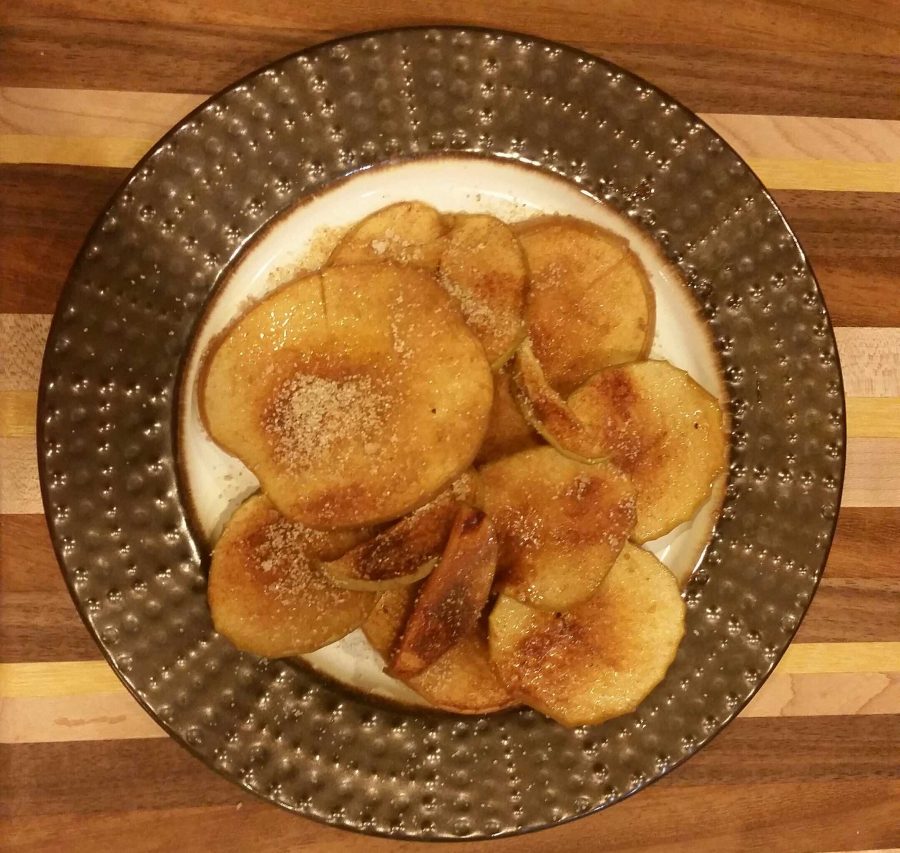 This fall, let yourself indulge in your guilty pleasures that have been holding you back in the past. Fall into fall with a taste of nature through healthy desserts centered around plump, juicy, golden apples.

“Apple Pie in a Cup” Smoothie:

This “Apple Pie in a Cup” smoothie will satisfy your tastebuds and fool you into thinking you’ve just devoured an apple pie without spending a high amount of calories.

1. Combine unsweetened applesauce, cinnamon and nutmeg, a banana, one half of the apple, vanilla protein powder, milk and ice in a blender and blend until a thick and smooth consistency is created.

2. Pour mixture into a large bowl, stirring in the leftover portion of apple cubes.

3. Place mixture in the freezer for two hours, stirring every 30 minutes or until your ice cream has a thick and lightly frozen texture.

4. Sprinkle on top some cinnamon, and garnish with a few of your leftover apple chunks.

You can’t go wrong with ice cream, just stick it in the freezer and this mixture will sure to be a crowd pleaser.

3. Arrange apples on a baking sheet.

4. Mix cinnamon and sugar together, sprinkling lightly over each apple slice.

5. Bake for 45 minutes or until edges curl up and apples are dry.

6. Remove apples from oven and let cool for 15 minutes.

These mouthwatering recipes will make you “fall” in love this season.