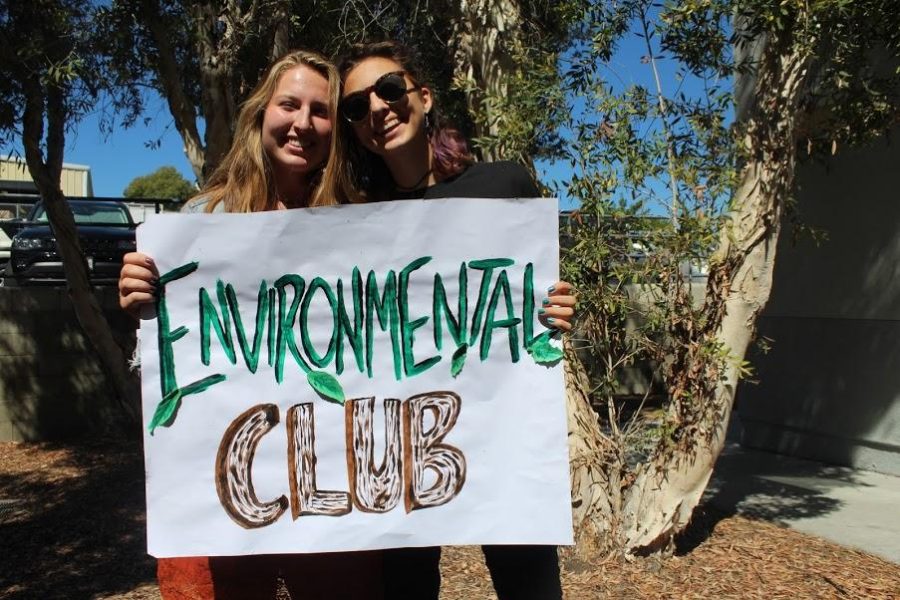 After almost a year of planning, junior Bella Bobrow and senior Rugile Pekinas have come together as co-presidents to form Foothill’s first earth-friendly club.

After almost a year of planning, junior Bella Bobrow and senior Rugile Pekinas have come together as co-presidents to form Foothill’s first earth-friendly club.

“We’re working on this together, so I didn’t think it would be fair if either one of us had a quote end quote lower title,” Pekinas said.

For Pekinas, inspiration hit when her close friend became president of the environmental club at Buena High School. She was amazed at the success of the club, including their NPS Hartzog Volunteer Youth Group Award, and found the importance of spreading awareness of their global impact.

“I think the reason the club is starting [is] because there’s student interest,” Guzik said. “It’s not so much about what I want to do. I’m just providing the space for the students to do what they want to do.”

For those with a common interest of maintaining the earth, the club “serves the community and helps Foothill students create a bond,” Bobrow said.

Pekinas and Bobrow hope for their club to take part in island restoration projects, like Buena, who frequently visit Anacapa and sometimes Santa Cruz Islands to remove invasive plants and replace them with native greenery. The co-presidents believe that trips to the islands are extremely beneficial for the beautification of the community and they hope it will work to create a strong attraction to the club among students.

Pekinas and Bobrow have plenty of ideas regarding club activities, including the creation of a recycling drive, helping health teacher Kurt Miller in his garden, and even planting drought-resistant flowers throughout the campus to improve the school’s looks and remind students of nature’s beauties.

“I’m hopeful that the club will raise Foothill’s students’ awareness of their environmental impact and help the school to become more sustainable, more green,” Guzik said.

They are working to form a strong foundation for the years ahead and hope to see the club continue well after they graduate. Pekinas believes the club will help increase positivity and help maintain a good community on campus.

Editor’s Note: Rugile Pekinas is the Sports Editor for the Dragon Press and Bella Bobrow is the News Editor. Neither were involved in producing or editing this story.