Are communication shortcuts affecting the way we speak and write? 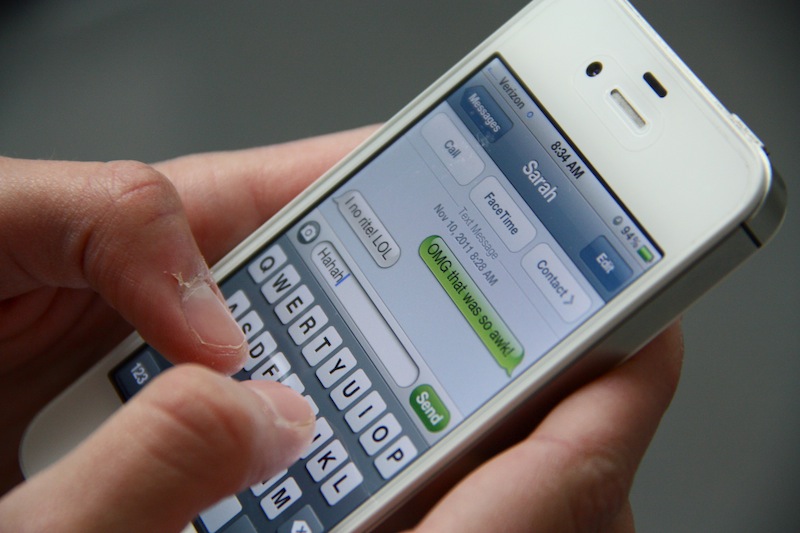 Words such as “hath” and “thou” disappeared from regular conversation decades ago. Will modern English fade out in just the same way? With the word “frenemy” now listed in Webster’s dictionary, and phrases like “awk” and “presh” becoming more common, sometimes it seems like it will.

Communication shortcuts came along with the recent leaps in technology. When communication became more efficient, the English language evolved right along with it. Proper grammar, like capitalization, is usually ignored and words are abbreviated. For example, in a text the word “you” is often shortened to just “u,” and phrases like “talk to you later” becomes “ttyl.”

Books have even been written using these abbreviations, such as Lauren Myracle’s popular Internet Girls series, featuring three novels titled ttyl (talk to you later), ttfn (ta-ta for now), and l8er, g8er (later, gator). The books follow three teenage friends through their high school careers and are told in the form of AOL messages.

An entire trilogy of books that neglects proper English is pretty ridiculous, and the number of people who read them even more so. But, I’ve never read them myself. Who knows? Maybe their plot or characters make up for the lack of quality writing.

It’s not the books I mind so much, but when people use these communication shortcuts in spoken conversations it’s crossing a line. When you are speaking to someone, you should show respect by taking your time and actually saying words fully. How much more effort will you really have to exert to finish the entire word “awkward?” It’s just plain lazy.

Many other Foothill students agree that these texting abbreviations don’t belong in spoken conversation.

Sophomore Karina Schink said, “Once you use it in your everyday language, that’s when technology has gone too far.”

“I feel like our formal language is being lost,” sophomore Sarah Jackson said. She too is annoyed by people who shorten “awkward”, and said she doesn’t use it, “because I don’t want to sound like an awk-ing bird.”

And she’s right. Not only do people insult their own intelligence when they use the abbreviations out loud, but it’s like our generation is slowly losing the English language.

Senior Lujain Al-Saleh pretty much summed it up: “If people keep using these abbreviations it’s like we’re inventing our own language on top of one that already exists.”

Although people sound absolutely ridiculous when they say something like “OMG, that’s tots awk” (Oh my God, that’s totally awkward), the Pew Research Center found nothing that proved the abbreviations affect student’s intelligence or writing quality.

So scientifically it doesn’t affect their brain or writing quality – yet. I don’t know about you, but whenever I hear someone sincerely using an abbreviation like “presh” I don’t think that they’re the brightest crayon in the box. Yes, it’s stereotyping, but is this really what our generation is coming to? Are we really so lazy we can’t be bothered to say three extra letters?

I’m not against communication shortcuts all together. I use them all the time when I’m texting: they make the process easier and faster. But, they have their place.  Let’s keep abbreviations on the screen and out of spoken conversation.