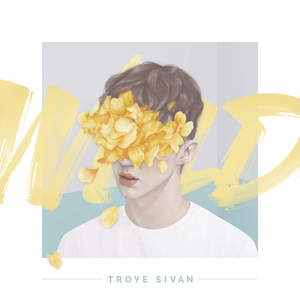 Unlike some Youtubers, Troye Sivan is one of the few who has successfully branched away from his videos to create music that captivates his audience.

“Wild” is Sivan’s second album, released on Sept. 4, 2015 by Universal Music Australia, and it contains a more mature and complex sound in comparison to his first EP. His first release in 2014 was his first time songwriting and Sivan believes his skills have improved since then. In an interview with Billboard, Sivan explained how his songwriting has evolved.

“I wanted to make sure I was improving and feeling comfortable enough in my writing that I could write a poppier song and still feel like it was authentically me,” he said.

With only six songs on the album, the entirety of the EP is concentrated in the electronic pop genre. Sivan’s smooth and melodic vocals are paired brilliantly with engaging instrumental accompaniments.

The tracks explore topics such as living in Los Angeles in comparison to Australia, and romantic and family relationships. Sivan is perhaps most well known for his “Coming Out” video, in which he acknowledged his sexuality for the first time on camera.

Since then, Sivan has become more interested in the social issues regarding the LGBT community. He is releasing a three-part series of music videos that focuses on a same-sex relationship that complicates as the pair grows up. One of Sivan’s main goals with the series is to “show an innocent, cute relationship.” The media sexualizes many gay relationships, but doesn’t portray the “puppy love crushes.”

“Wild” is a tuneful song that finds its way back into your ears hours after listening to it with lyrics such as, “Leave this blue neighborhood. Never knew loving could hurt this good.”

“Bite” and “Fools” are my favorites, frankly because they sound the least pop and lean more electronic. “Bite” is actually about Sivan’s first experience in a gay bar. He feared being hurt or “bitten” when encountering new people for the first time. “Fools” analyzes a past relationship and the mistake it was when looking back on the differences between him and his former partner.

My least favorite song would be “The Quiet.” The instrumentals paired with Sivan’s vocals in this particular song are overwhelming.

I have to acknowledge that Sivan’s new EP is a more mature and confident sound for the 20-year-old. This album is even more utterly impressive than his first, and I look forward to where this Youtube sensation will take his raw musical talent.