Matt De Santi: Why currency should be privatized 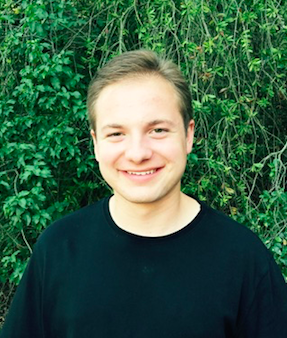 There are many topics that are considered taboo and are avoided in mainstream discourse. One such topic is the concept of questioning state monopolization of currency. The presence of state currency is almost entirely accepted as a unarguable aspect of reality itself. But here are a few considerations as to why having a privatized or voluntary currency is a superior alternative to monopolized currency.

In the first place, a firm or company that issues private currency units has a vested interest in keeping their currency valuable. This may seem like a given, but government currencies, like the USD, are not incentivized to be kept in alignment with something of tangible value due to legal tender laws. This forces individuals to accept the monopolized currency if it is presented to them as a form of payment. A voluntary currency firm that is at the mercy of consumer demand could not find profits in devaluing their currencies the way governments do.

This latter practice is known as fractional reserve banking. All governments have an interest in debasing their currencies so as to expand their economic influence and control over the populations they rule over. But modern rulers are even more reckless than their Roman predecessors, in that now currencies aren’t merely debased, but are not actually worth anything at all. Modern government currencies are not tied to anything of tangible value and are only really worth the paper they are printed on.

This is called “fiat” money by economists. This is why a gold standard existed for currency even when gold coins themselves weren’t widely used for transactions. Gold doesn’t have a subjective or imposed value. For thousands of years gold has been the chief currency amongst mankind, especially in Western civilization.

The reasons for this are many, but for this discussion it is suffice to cite the reason that gold as a resource met a “goldilocks” (pun intended) balance in contrast to other metals in that it existed in a large, but clearly finite supply. It is also easily malleable, portable, can be divided into smaller units, and takes labor and time to craft into a unit of currency (coins, bars, etc.). Nevertheless, the main focus here is that a society that allows a debased or fiat money to circulate under the monopoly of statist economies will find itself burdened with two massive calamities.

The first of which is reckless lending on the part of the government.

Governments have no wealth of their own and can only obtain it via three methods: taxation, borrowing and printing. Large governments have a large interest in lending to various entities for expanding and maintaining power, ie, corporate bailouts/subsidization, foreign aid, and welfare statism. The problem for these states is that if the citizens were to be directly taxed for the revenue required for these costly activities, they would quickly impoverish the population and likely start a massive uprising. Borrowing isn’t always the best idea for them either, since the goal is to be the lender, states that borrow continuously from other governments find themselves at the mercy of their more powerful rivals, and usually become vassals to the larger empires.

The most viable alternative is to merely create the currency and make it valuable by forcing its use by law. That way reckless lending for political gains can occur, all the while the hapless public is unknowingly paying the invisible tax called inflation. Generally, in the United States, prices for commodities like gasoline have not been rising as much as the value of the government currency has been lowering. This has devastating long-term effects as more and more people find that their savings in dollars are less to live on, and that they have been punished for their economic prudence. Many others find themselves addicted to the drug that is fiat money as the government seems to effortlessly enfranchise them.

Large corporations can become infatuated with federal subsidies and grants, and the poor can have their economic inactivity and vices rewarded through the welfare state. These loans are so large they can’t ever be paid off in the present. That is why government legislatures tax future generations, even though the unborn cannot even possibly be held to the debts of their parents. This method of using the unborn as collateral is also helpful for governments to maintain good credit with foreign banks.

In a free market environment, a borrower can’t sign off for anyone that isn’t himself, or any other individual or association that he doesn’t have tangible authorization to contract loans for. No individual can contract debt for a person without explicit consent, still less someone who isn’t even born. In this way could private currency firms be prevented from reckless lending and have an incentive to be accountable to their consumers with the value of the money they are creating.

The second crime that would be crippled, if not outright abolished, is war. Wars are massively expensive undertakings, especially on the side of the aggressor. In fact, no government can wage a large-scale war without going into debt (The debt is hoped to be paid off on the taxation of the conquered people and the exploitation of the new territory). It has even been estimated that if every country involved in World War II had been on a gold standard, the war would have cost more than all of the recorded mined gold in human history up to that point.

A better piece of evidence for this point is that every government that was involved in both world wars funded its war effort with a debased or fiat currency. Massive armies are simply not economically viable from a market standpoint, and can only be maintained through monopolized currency and state power over a population of consumers. Even if war could be considered a good investment by some bloodthirsty lunatic, in a transparent market society, all consumers would be free to stop using the currency that would fund him. Also, in a free society, the warmongers themselves would have to pay for the conflict, without state assistance the war effort would quickly collapse because as previously state, the debt would be insurmountable for private associations.

These are but a few suggestions for an alternative view to current monetary policy. With recent advances in cryptocurrency technology like Bitcoin, it seems that people around the world are ready for a peaceful and sustainable alternative to monopolized money.