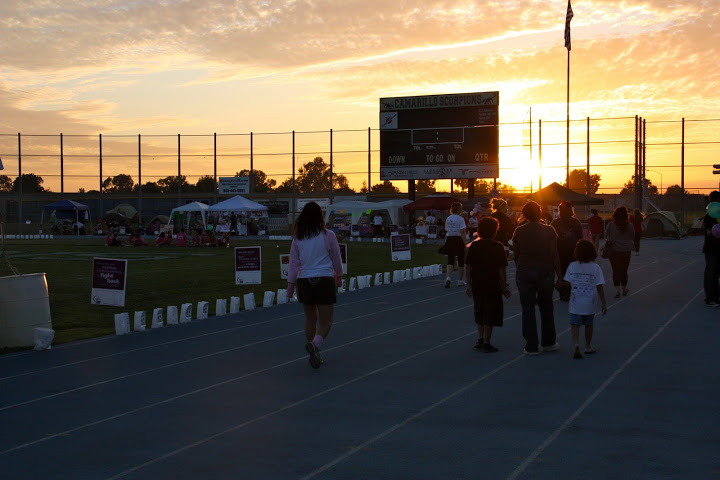 Megan Kearney
The Relay for Life Foundation hosted their thirteenth relay at Camarillo High School yesterday. The fundraiser brought the community together to help find a cure and honor cancer survivors.

“A very dear friend of mine passed away from cancer, and when she found out that she had cancer I joined relay …and I have been doing this for ten years,” said a committee member, Liz Peltz.

There were many activities for participants, including a Miss Relay contest that raised money for the event by having people donate to whichever boy or man looked most convincing in a colorful dress.

Children enjoyed their afternoon by taking advantage of a rock-climbing wall, a jolly jump and face painting. There was a also a watermelon-eating contest.

At dusk, balloons participants wrote messages of hope and love on were released.

To close the night, there was a luminary ceremony to honor those who have lost the battle with cancer and those who are still fighting. Survivors and caregivers led the last lap in silence.