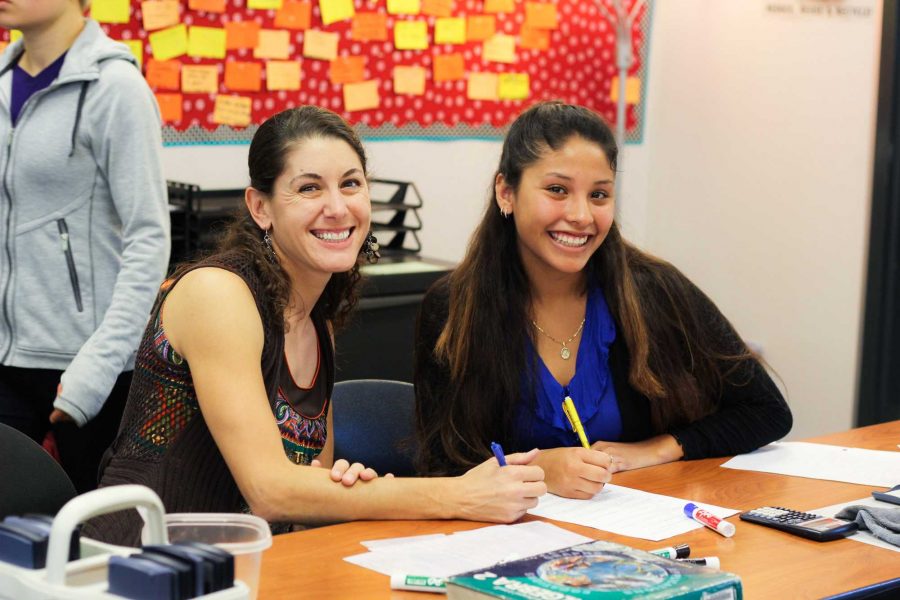 Calculus teacher Rita Batch will not be returning to Foothill next year. Current Santa Paula High School teacher Michelle Hillberry has been hired to teach Calculus BC, as well as a Math 1 and/or Math 2 class, for the next school year, and math teacher Wayne Powers said he will be teaching Calculus AB.

Calculus teacher Rita Batch will not be returning to Foothill next year. Current Santa Paula High School teacher Michelle Hillberry has been hired to teach Calculus BC, as well as a Math 1 and/or Math 2 class, for the next school year, and math teacher Wayne Powers said he will be teaching Calculus AB.

Principal Joe Bova said that the decisions of which teacher will teach what course are currently “fluid,” and that they could possibly change.

Batch is leaving because her husband works for the government and he accepted a job in Naples, Italy. Batch says that she might become a substitute teacher there.

“Right now, we’re thinking that I will probably be doing some subbing and some tutoring,” she said. “We want to leave my schedule open because he’ll have every other Friday off, and on our three day weekends we intend to go travel to all the amazing places you can get to from Naples, Italy.”

Powers said he got to know Batch over the summer as they were both getting ready for the new school year, and that they both bonded over being new teachers at Foothill.

“She’s very hard-working, she’s very dedicated to the students, she’s here all the time, she’s here ‘till 5 or 6 [p.m.] it seems like every night and there’s never a moment when that room is not filled with kids,” Powers said.

“You can just sort of tell by that that she’s pouring her heart into the job. She’s smart as a whip, she seems very friendly and easily approachable. If my kids were in this school, I would want them to be in her class; she’s wonderful.”

Senior Kiley Becker described Batch as “a mom, but more like a cool aunt,” and seniors Madi Stevenson and Cami Bern agree.

“She listens to your personal problems too, kind of like a counselor, but not all of the teachers let you unload on them, but Batch does,” Stevenson said. “She can feel when you’re having a bad day. She’ll write on the board when you’ve done good things; it has reminders so she can call you out in class, ‘Oh, Madi did this!’ or ‘Cami made a three-pointer in her game!’”

Bern said that Batch “adopts us as her kids” and that “she’s very protective of us.”

“I think she’s honestly the coolest person ever: she rides a motorcycle, she’s been in the Navy, she loves mountain biking, she’s so cool,” Bern said.

One story that stood out to Batch from this year is when she was having a bad day and an anonymous student from her Calculus class left a note in her mailbox saying that she had made an impact on them.

“[The note] sits right here. And so when I have a bad day, I can pull it out. And it’s just a really good reminder that I’m doing this not for the Calculus or the math, but I’m doing it for the kids, and trying to have you guys have better lives because of maybe an impact I’ve made on not everybody, but some people,” Batch said.

Powers commended Batch for her patience when working with students.

“I have seen her dealing with kids, tutoring them when I go in there during her FIRE period or whatever, and what I do notice is she’s very patient. She’s not one of those [teachers] that, if the kid doesn’t get the answer in a couple seconds, she’ll just sort of force the answer, she waits,” Powers said.

“And she sort of keeps guiding them along, and that patience, I think that’s an important characteristic for a teacher. Sometimes it hurts,” Powers said. “Like if you know the number that they’re supposed to be getting, and they’re not getting it real fast, it’s hard to sometimes sit and be patient, and wait for them to process it at their own speed, so it’s a sign of a really good teacher.”

Bova said he began the interviewing process for someone to fill the new position over a month ago. The administration received eight to 10 applicants in the district for the position and interviewed four candidates.

Hillberry currently teaches at Santa Paula High School. She graduated with a Bachelor of Science in Mathematical Sciences at University of California Santa Barbara (UCSB) and went through the teacher program there, as have many other Foothill teachers.

She currently teaches AP Statistics, a class that Bova wants to add at Foothill the year after next so students have more math options their senior year. She is also teaching the new integrated math Common Core curriculum.

Though Hillberry has not taught Calculus before, Bova is confident in her ability to teach the class because she has experience with other Advanced Placement courses.

Another consideration Bova had was the fact that Hillberry was a female. He said he always tries to keep the departments balanced in the ratio of male to female teachers.

“If the best qualified candidate was a female that was a big plus for us […] Mrs. Batch left and so a consideration was trying to balance the department in terms of male female teachers,” he said. “We don’t hire based on [gender], we hire based on who the best candidate is, it just happens the way it does.”

Powers will be teaching the Calculus AB class next year. He was originally going to teach the Calculus class this year, but Batch took on the role.

“I was supposed to teach that class at first, but Mrs. Batch saved me, because she was more confident, because she had taught Precalculus in Pennsylvania for awhile. So it was less of a jump for her,” Powers said.

Now, Powers is very excited to take on the class next year.

“When I first got the job I was supposed to teach that, but I was overwhelmed with the change from middle school to high school, that was too much for me,” he said. “But having gone through it for a year and seeing that you guys are just bigger kids, but you’re still kids, becoming more comfortable with the material, I’m so excited.”