The Foothill Dragon Press • May 22, 2015 • https://foothilldragonpress.org/28586/opinion/c97-bp/the-us-government-needs-to-re-prioritize-its-citizens/

The US government needs to re-prioritize its citizens 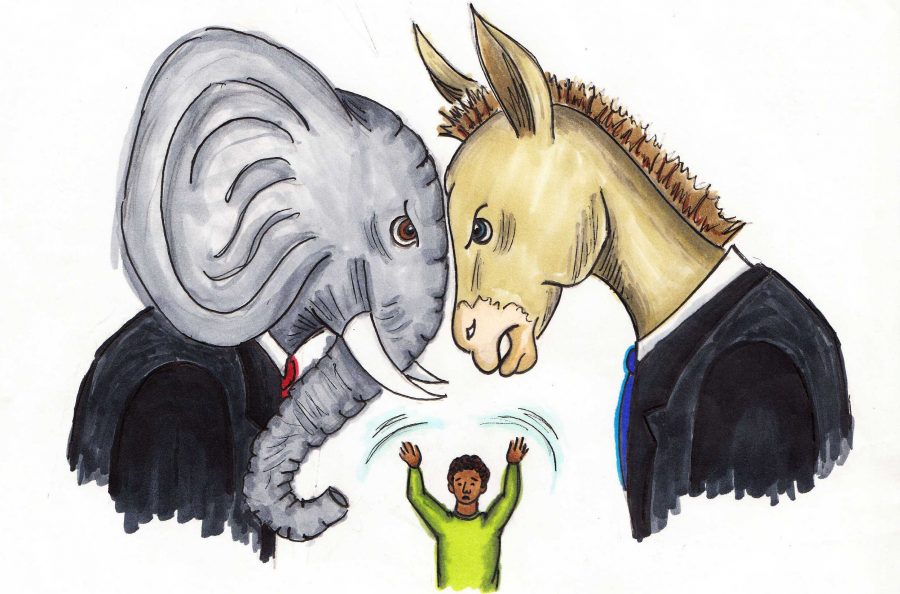 The job of the United States government is to protect its citizens. However, recently it seems as though protecting citizens is a second priority for elected government officials. Their first priority is holding onto the “fundamentals” of their given party and hurting the opposing party by any means possible.

The job of the United States government is to protect its citizens. However, recently it seems as though protecting citizens is a second priority for elected government officials. Their first priority is holding onto the “fundamentals” of their given party and hurting the opposing party by any means possible.

If America wants to continue to be a successful and productive democratic state, we need to realign the priorities of our government.

Moderates are near extinction in our executive and legislative branches of government. If a politician decides to run as a moderate he or she will almost certainly not get endorsed by their party and not get elected. Once in office if they express more moderate views, or try to compromise, they will face major backlash and have very little hope of reelection.

With the presidential elections coming up, we can already begin to see some of the flaws with modern campaigning. As with the example of the Hillary Clinton private phone use “scandal,” the focus of both parties has been to make their opponents look bad. Around the time of that information coming out, there were more people and information focused on whether Hillary Clinton was ethically fit to be a president than there was people looking into the policies of both sides and arguing actual opinions.

The issue of an extremist government has one key flaw: no compromise. In order to have a productive system, there needs to be people willing to budge on their stances. There should be politicians that are able to work with the other parties, instead of against.

With the current system, everyday citizens start getting left behind. This happened with the homeland security bill, as well as in many other situations. Back in March, there was a bill to renew the funding of homeland security for the fiscal year.

The Republican party decided that this would be a good opportunity to insert an anti-immigration clause into the bill. If the bill had passed the way the Republican party had worded it, it would have taken away President Obama’s executive order to protect illegal immigrants in the United States.

The situation of whether or not to pass a “clean” bill led to a standoff between the Democrat and Republican parties. The vote got extended a week, until finally it passed as a “clean” bill. Part of the problem was that the Republican party did not stick with their speakers and their parties plan.

Many republicans voted to pass the “clean” bill while at the same time the more conservative members of the party voted against it.

This bill was a great example of the lack of compromise between parties. Eventually some members of the Republican party realized that they could not afford to let homeland security go without funding, which is why they voted with the “clean” bill.

While the standoff was happening, millions of citizens employed by the Department of Homeland Security (DHS) were hanging in the balance. If the bill had not passed, millions of people would be left without a paycheck.

If this had been the first consideration for the government, the bill would have passed immediately. Instead, it turned into an argument over ideologies.

In reality, there isn’t clearly defined lines separating the two parties. According to the Atlantic, “more than a third of American voters call themselves neither liberal or conservative but moderate.” Many people have views that fall onto either side. This is why it is so important the parties show the merit in their opinions, rather than attempting to deface the other parties.