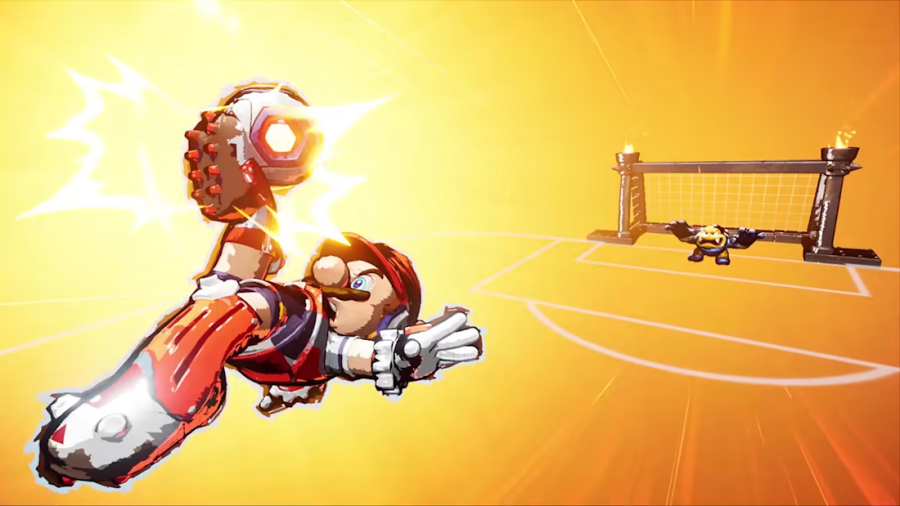 "Mario Strikers: Battle League" shows a growing problem with Nintendo's online games as too much of the game's content is released later via free updates.

With Nintendo releasing their new Mario soccer game, “Mario Strikers: Battle League,” a problem is growing apparent with many of their online games; Nintendo doesn’t get free updates. While it’s normal for games, especially online ones, to receive updates in order to keep the game relevant, Nintendo releases games with inadequate content and only supplies the appropriate amount by updating the games after a long period of time. Unfortunately, by then most people will have lost interest and hope in the game’s improvement.

This practice of releasing updates after the game comes out started in 2015 with the release of “Splatoon.” Splatoon is essentially a game of four vs four extreme paintball. While many players did enjoy the game, it lacked content upon its release. Fortunately, Splatoon was able to generate a large enough fanbase to keep people playing throughout all the updates the game received. In the end, people looked quite fondly on the game and it procured a sequel for the Nintendo Switch in 2017, with a third being developed and scheduled for release later this year.

This was Nintendo’s first game where the main draw was its online multiplayer, so not executing everything perfectly was understandable. But with their next console, the Nintendo Switch, this pattern of releasing games with not enough content grew more frequent and more frustrating.

Many now get excited upon the announcement of a new Nintendo game only to be disappointed when it’s announced that the game will feature free updates, as they understand that this means it will release in an incomplete state. Back in February of 2021, “Mario Golf: Super Rush” was announced and thrilled many players because there hadn’t been a new Mario Golf game since 2014. But later that year at E3, it was stated that the game would feature free updates, which diminished the hype quite a bit.

But the game that has suffered the most from this process is “Arms,” a 3D fighting game in which the players fight their opponents with extendable arms. While Arms is an incredibly creative game, it severely lacked content upon its release in 2017. The only things that players could really do were tournaments against computers and online battles which would often be one vs one or a free for all. The free updates did not do much to help the game either since all they really did was bring out new characters. What Arms really needed was a story mode to make the world feel more interactive. Now the game isn’t talked about  much, which is unfortunate because its core premise still feels like it has some potential.

Nintendo’s most recent release “Mario Strikers: Battle League,” is once again highlighting these problems. The game has no story mode– which isn’t as big of a deal here since Mario is already in an established world– but its main flaw seems to be its character selection. It only features ten playable characters. This isn’t even as much as the previous title on Wii, “Mario Strikers: Charged,” which had 12 playable characters. While in this game every character has super detailed and expressive animations, there are some pretty glaring absences like Princess Daisy and Bowser Jr.

Unfortunately it seems that this pattern will continue, as many of these games are selling well. But it just doesn’t seem right to release a game without enough content. The goal with updating a game shouldn’t be to get it to the status quo, but rather to make it even bigger than players might initially think.