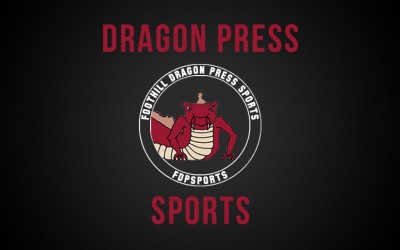 Freshmen Serafina McClain and Chloe Martinez, Armstrong, and Malach finished first in a close match of the 400-meter freestyle relay.

“In the end, the Lady Dragons won the event when Jaina was able to hold off a great final push from the Grace Brethren anchor leg [the fourth swimmer in the relay order],” said Coach Jason York.

Highlights from the boys’ swim team included sophomore Josh Modglin and freshman Richie Brandi. Brandi swam “like a freight train” and came in first in the 500-meter freestyle. Modglin placed first in the 100-meter backstroke and earned an automatic CIF time standard that “would have won CIF last year by two seconds.”

According to York, competing in three meets in a single week was a challenge considering the amount of practice time lost during spring break.

“This upcoming week, we should have four solid days to train, learn, improve, and then show our progress at a meet against Cate High School on Friday,” he said.