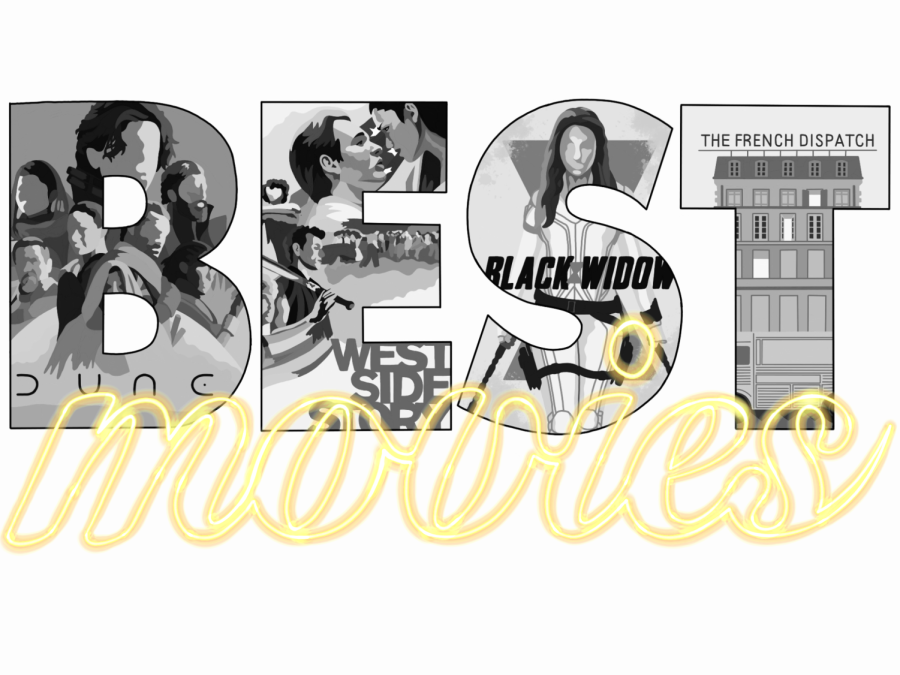 Marvel titles, and multiple other projects made their debut in 2021, and moved all of their audiences with their cinematic prowess.

Throughout the years, Marvel has dominated the cinematic industry, and 2021 was no exception. Released in early July, “Black Widow” skyrocketed to becoming the highest-grossing domestic movie of 2021. Though its simultaneous release in theaters and on Disney Plus was abnormal, it allowed the Covid-19 pandemic obstacle to be averted for those who preferred to view the film domestically. Shortly following Black Widow was the release of “Shang-Chi and the Legend of the Ten Rings”, an immediate box office hit. It quickly rose to become the highest-grossing movie of the year for the time being. Ending the year with the highly anticipated “Spider-Man: No Way Home”, Marvel secured their rightful place on top of Hollywood. The movie rapidly reached the title of highest grossing overall in 2021 and became Sony Pictures’ top grossing movie on record.

Starring Academy Award winner Timothée Chalamet, the 2021 adaptation of the novel “Dune” by Frank Herbert provides fans with an out-of-this-world tale of what NPR describes as “futuristic spacecraft, cavernous fortresses and, of course, terrifying sand worms.”. The film has had a previous adaption released in 1984 starring Kyle MacLachlan, which resulted in a box office flop. The science fiction film is one of six in the “Dune Chronicles” and is to be followed with a sequel scheduled for a 2023 premiere. As The Foothill Dragon Press reviewed, Dune was perfectly casted and encapsulating. In congruence, I believe the young, talented Chalamet embodied the role as Paul Atreides, perfectly setting up his role in the upcoming series. Dune (2021) will be recognized by the academy for its phenomenal directing and spectacular visuals.

Revolving around the fictional French city of Ennui-sur-Blasé, “The French Dispatch” follows the journalists of an American newspaper as they produce its final issue. Starring Timothée Chalamet, the film weaves a narrative based on real-life journalists and their farewell to the publication, “The French Dispatch”. Directed by the quirky Wes Anderson, the film has been reviewed as “hard to follow”, a common criticism for Anderson. The Foothill Dragon Press was able to encapsulate the film perfectly by describing it as “the type of film that grows on you the more you think about it.” As this is not a film for casual viewing, The French Dispatch demands an attentive audience, one prepared for an ode to journalism in the melancholy atmosphere of Ennui-sur-Blasé.