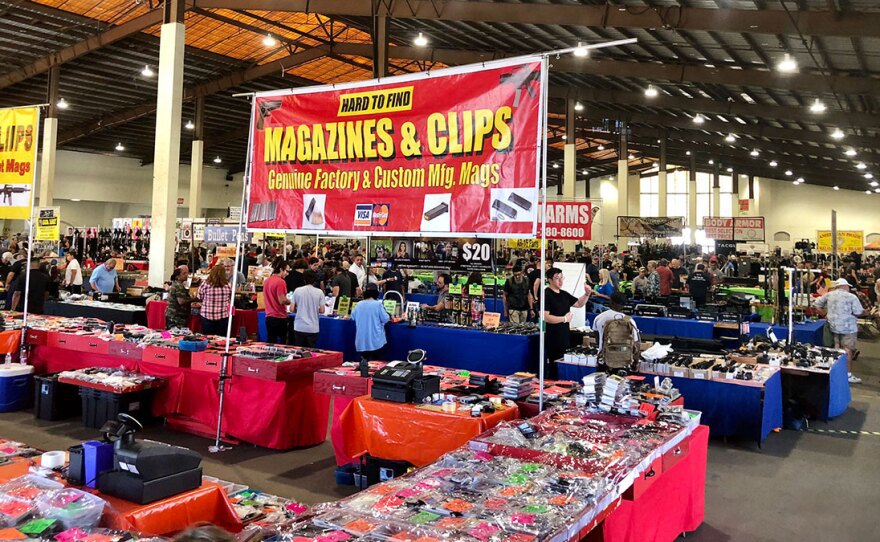 Ventura County has found itself caught in the crosshairs of the debate on guns, with a focus on gun shows. The Ventura County Fairgrounds has long held shows for organizations like Crossroads of the West Gunshows. However, people have begun to protest such events, causing the tension to reach a boiling point.

Ventura isn’t the first county to have controversy on gun show laws, though. A slew of gun show safety bills were signed by Gov. Gavin Newsom before the Oct. 10, 2021 deadline. Among them was SB 264, a bill first introduced by Sen. Dave Min. The bill makes it illegal to sell guns or ammunition at the OC Fair and Event Center and goes into effect Jan. 1, 2022.

Min’s reasoning and principle is ‘a pretty simple one’. “The state of California should not be profiting from the sale of guns,” he commented.

“The cost of these gun shows to society are much, much larger than the incremental revenue these fairgrounds might get,” Min continued.

While the Orange County fair board did try to combat the legislation, they dropped their request in September. The Crossroads company, who has held events across California, are also decidedly not happy with these changes. They published information that counters the legislation and the reasoning for it on their website.

The page reads, “Anyone who wishes to purchase a firearm at a gun show must pass a federal background check and wait the mandatory 10-day waiting period. That is to say that THERE ARE NO FIREARMS THAT LEAVE A GUN SHOW.” They also have a list of reasons gun shows are safe and argue that most people speaking out haven’t even been to a gun show.

State senator Monique Limon and Assembly Member Steve Bennet proposed a bill that would prohibit gun shows on the state-owned Ventura County Fairgrounds. They issued a joint statement, saying, “after hearing from many constituents and local governments, we are announcing legislation for the upcoming legislative year to enhance public safety by banning gun shows at the Ventura fairgrounds. We believe the state should not be in the business of using state property to facilitate the sale of dangerous firearms.”

Their reasoning is similar to Min’s, with the focus being that state-owned property should not be profiting from or hosting gun shows.

The legislation will be introduced in early 2022. The discourse caused a meeting on whether an October gun show would take place on the grounds, with Ventura residents voicing their opinions.

There was a largely anti-gun show presence, “Don’t be intimidated by legal threats,” Kathy Long, former Ventura County Supervisor, told the board, referencing Bob Templeton’s, Crossroads founder, intentions to go to court if the bill is passed, “You have to do what’s in your hearts, in your conscience[…]the right thing to do for the community.”

The Crossroads show was held on Oct. 23-24. However, “ghost gun” kits were banned from the shows. These kits allow people to buy and build their own untraceable guns, as they have no serial numbers. While the show was allowed to be held, Director Armando Lopez said, “I will be pushing to amend our policy so that we don’t allow guns at the fairgrounds.”

Templeton has expressed his objections to the changing laws, but said “ghost guns” not being at the Oct. show wouldn’t be a problem. “We’re always willing to follow the rules and laws,” he stated. Another show was held on the fairgrounds from Dec. 11-12, despite the ongoing turmoil.

Multiple groups of people are eager and anxious for what is to come in the new year for Ventura County gun shows. The stand-off between show organizers like Crossroads and anti-gun officials will come to a head as concerns of safety and profit are discussed.