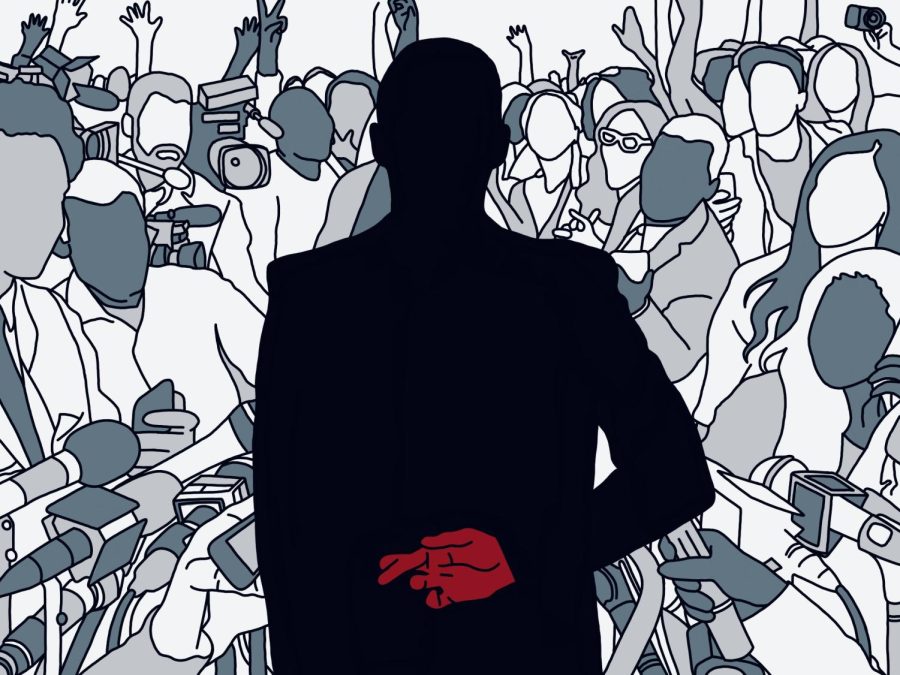 The recent spotlight on the crimes of R. Kelly illustrate a dangerous trend of celebrities with power being able to avoid the consequences of their wrongdoings.

In an era where we praise the famous—where we have allowed them to do and get anything that they want—we often lose track of their humanity. Although we deem them with the gracious title of influencers, it’s important to remember that they’re still humans that are capable of committing crimes.

This can be seen in the case of Robert Sylvester Kelly (R. Kelly), who has been involved with the racketeering and sex trafficking of young girls since 1994. Charges against him include acts of bribery and sexual exploitation of a child, along with separate charges of sex trafficking.

Kelly’s first crime was marrying 15-year-old Aaliyah when he was 27 in 1994. Just two years later he was sued by Tiffany Hawkins for emotional distress as their relationship began in 1991 when he was 24 and she was only 15; this relationship lasted three years. Allegations against R. Kelly continued as the singer pursued his musical career.

After waiting 27 long years, R.Kelly is now finally facing consequences; however, he won’t be incarcerated until May of 2022. Can it truly be considered justice for those girls who have been forced to wait so long?

Many, noticing this problem with other celebrities, wanted to create a process where the convicted crimes would be exposed in a faster manner; thus, creating cancel culture. Cancel culture is when a certain celebrity is outcasted from social media and their real lives due to the public knowledge of their controversial actions. Yet, at the end of the day, this just adds to the problem. Cancel culture has become so uncontrollable and toxic to the point where the rightful cancellation of individuals would still not be taken seriously, leaving many situations similar to R. Kelly’s.

Survivors of R. Kelly have been speaking out against him for over 20 years, yet they were only valued after the release of the Netflix documentary, Surviving R. Kelly. If these women didn’t receive the platform they gained through the documentary, they never would have been able to properly convict R. Kelly. Sadly, there are still many people who have been victimized by other celebrities who will never be able to have the same platform to speak out against the wrongdoings of their predators.

Not only that but victims of predators have been criticized for telling the truth, as some fans are geared to always believe their idol over the victim, even if there’s viable evidence that the accused is guilty. As a result, victims are led to not tell the truth in fear of being bullied for doing so.

This status-based repression of truth is a flaw in our justice system and in our society that we need to fix immediately.

While we cannot undo the past, we can learn from this case to make sure celebrities are properly convicted. We can do this by holding influencers accountable and by listening to the victims that have proof rather than watching their voices get diluted by those with status.